In the last 10 years, Seattle’s population has increased faster than any other big city in the country, growing by 18.7 percent since 2010 (Source: Seattle Times). People are discovering the quality of life here at a record pace. But when all these people are on the roads at the same time, gridlock happens.

Light rail and bus rapid transit (BRT) are the best options for moving thousands more people every hour in the Seattle area without adding to traffic.

Traveling in their own rights of way, light rail trains get you to your destination at the same time every day regardless of traffic. 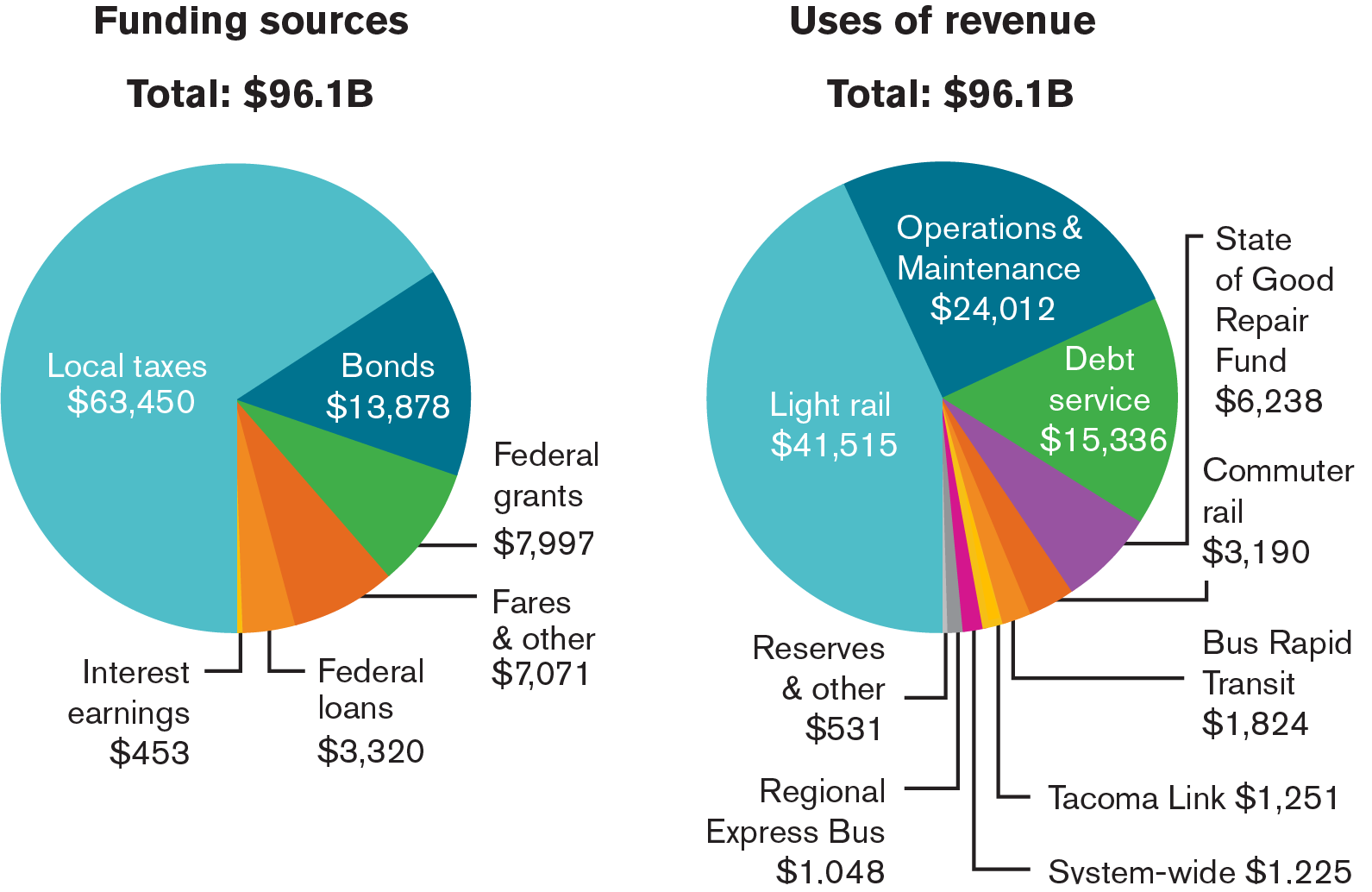