Looking for the latest news on projects that impact you? You've come to the right place.
Northgate Link Extension Northgate Station

As early as July 27, Sound Transit’s contractor will begin installing a waterline between NE 95th and NE 100th streets. This work requires crews to close the road from 7:30 p.m. – 5 a.m. This work is expected to take approximately two to three weeks to complete. No high impact noise activities (such as jackhammering or saw-cutting) are scheduled to take place after 10 p.m. Access to homes and businesses will be maintained.

First Ave NE between NE 100th and NE 92nd streets will be closed to through traffic during this work. 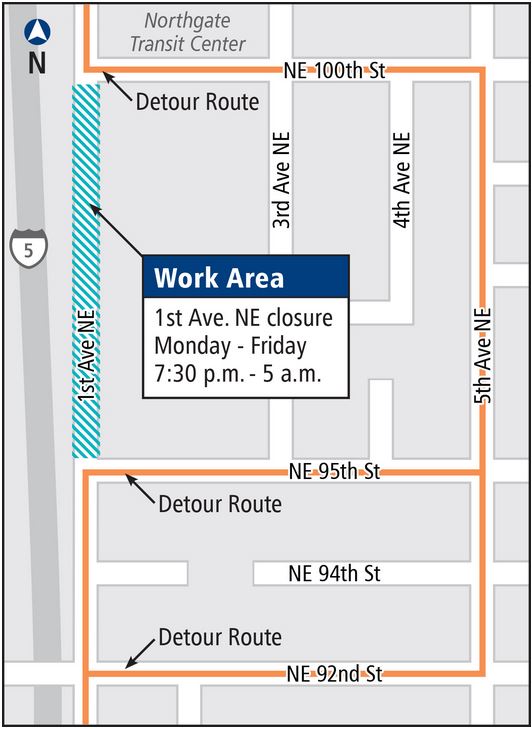