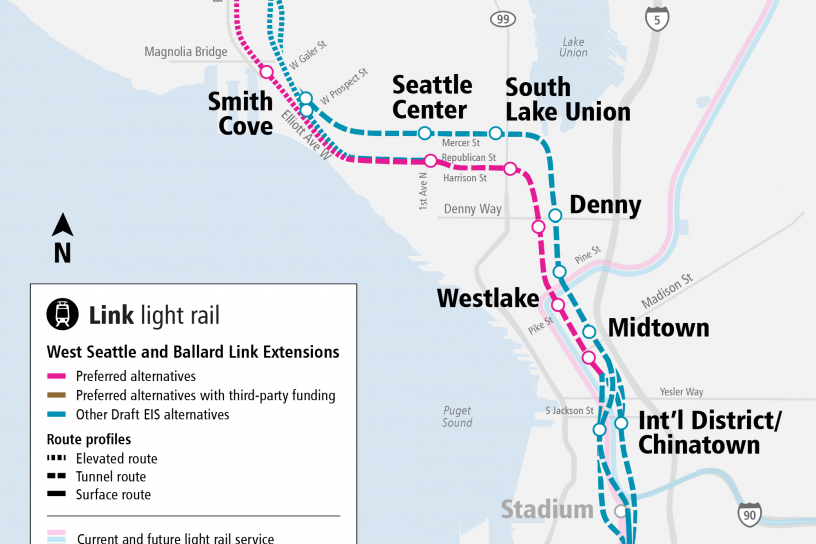 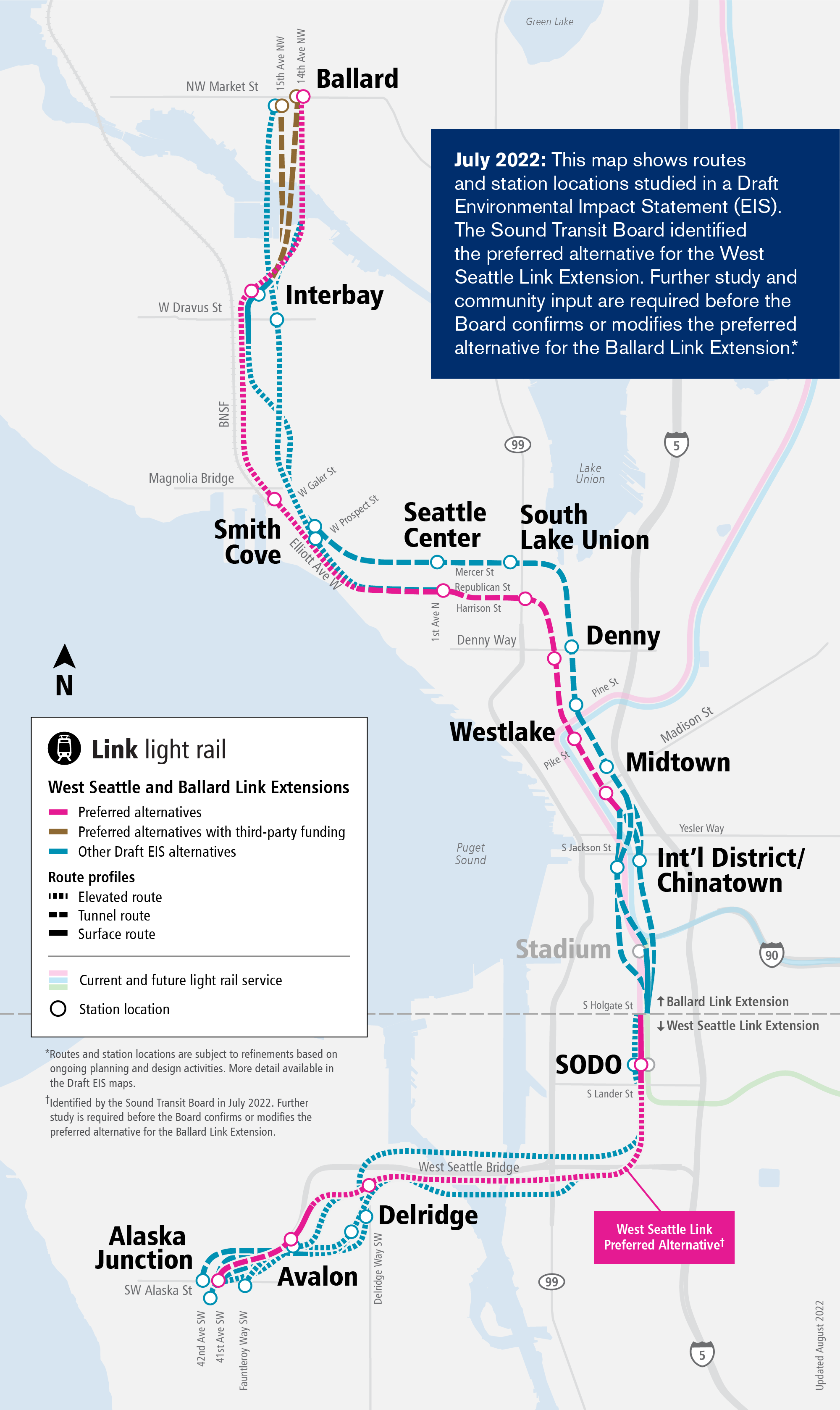 The West Seattle and Ballard Link Extensions will provide fast, reliable light rail connections to dense residential and job centers throughout the region. In addition, a new downtown Seattle light rail tunnel will provide capacity for the entire regional system to operate efficiently. These two separate Link extensions are part of the regional transit system expansion approved by voters in November 2016.

In the Final EIS, expected to be published in late 2023, Sound Transit will respond to comments received during the Draft EIS comment period. Following the publication of the Final EIS, the Board will select the project to be built.

Learn more about the environmental review process, the alternatives we are studying, and check out our station planning updates.