The Sound Transit Art Program would like to announce the return of Carl Smool’s artwork "Common Threads" to the Beacon Hill Station plaza after a three year hiatus. The three Banner Poles were removed in early 2014 due to damage to the foundation of one of the poles that occurred during an unusually severe wind storm. 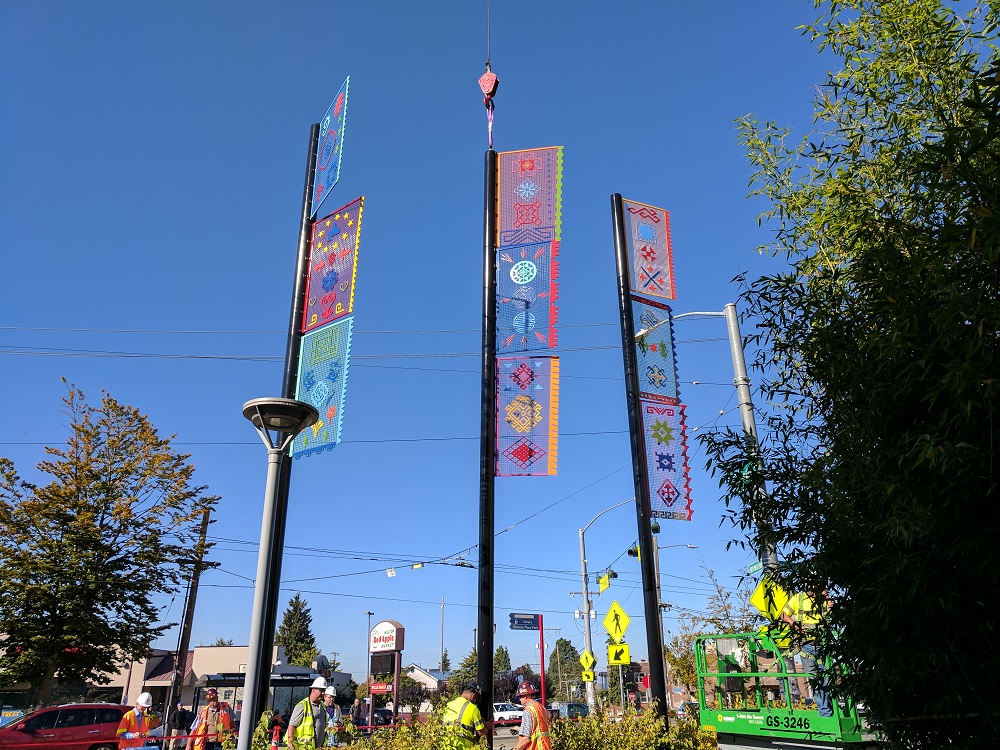 The final pole as part of the "Common Threads" installation at Beacon Hill is carefully lowered into place.

Since then Sound Transit has worked with the artist and structural engineers to prevent a reoccurrence of past events by ensuring a more secure foundation and, most exciting of all, redesigning the banners themselves to reduce wind resistance while still maintaining their original intent. Smool was all smiles while watching the reinstallation Thursday morning. 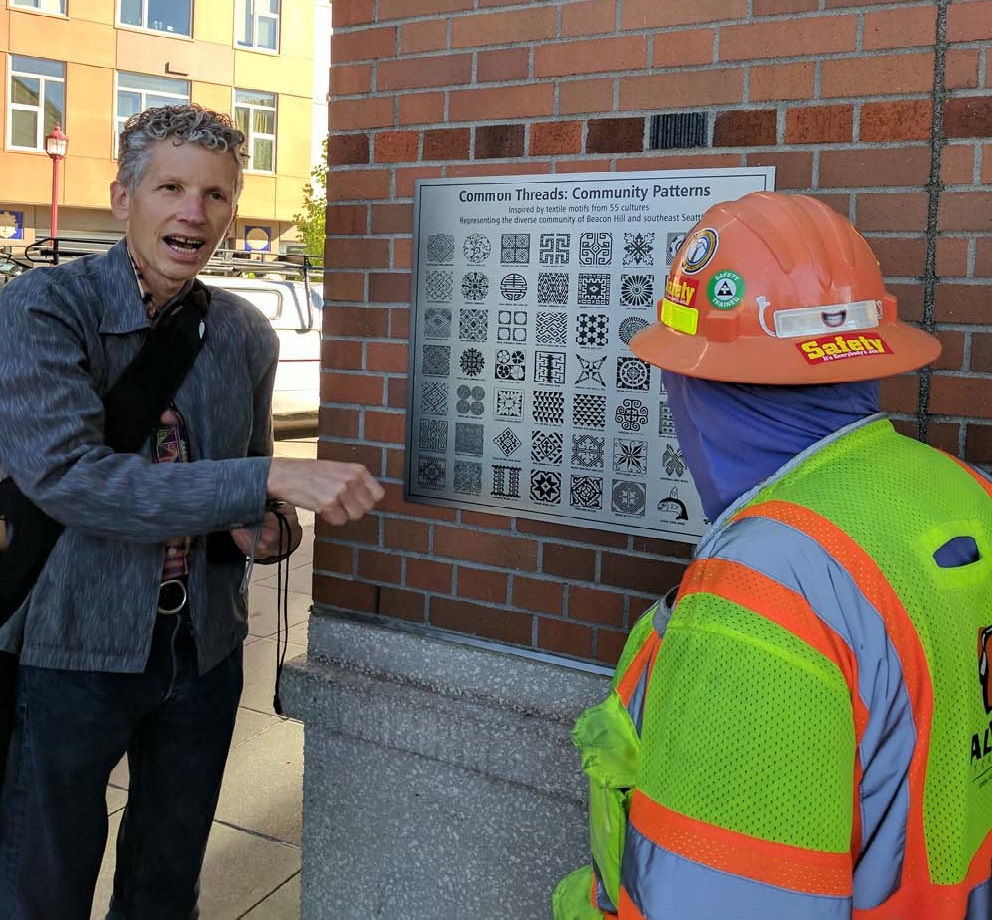 "I'm thrilled with the way this has turned out. They're actually much more colorful than they were before," he said. "It's so rare that you have an opportunity to revisit a project eight years after it's finished and redo parts of it that turn out better than before." 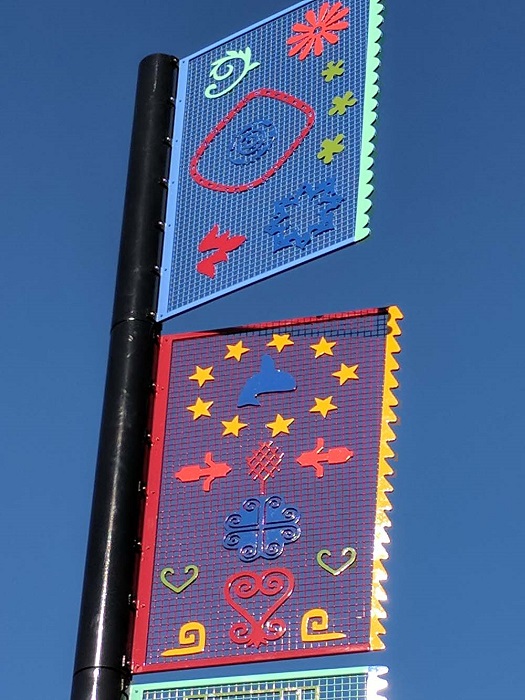 Closeup of the "Common Threads" banners.

The banner poles are a part of Smool’s overall artwork on the plaza called “Common Threads” which also includes the granite pavers and the wall cover at the north end of the station. The designs on the banners (and pavers) are taken from textile designs relating to the diverse ethnic communities in the Beacon Hill neighborhood. In all, Smool used textile patterns from 55 different cultures. Check his extensive blog about the project for more details and photos.

It is due to no small effort on the part of the Beacon Hill community that the Common Threads banner poles are returning to their original location. The community has been very vocal in their intention to see the poles return and their perseverance and support has made this possible. It is a fantastic example of the weaving of art, transit and community that results in a stronger fabric of society.