Busy weekend ahead - take the train!

The forecast is looking good this weekend and Sound Transit has your trains rolling to get to the biggest events in Seattle this weekend!

We’ve got special Sounder trains running this weekend for the Sounders FC and Mariners day games on Saturday (Sounders FC) and Sunday (Mariners).  And up at the University of Washington, we’ve got your hassle-free light rail ride to the 32nd annual Windermere Cup crew races.

Sounder and Link are hands down the easiest way to bypass traffic and the busy highway construction season for service directly to Safeco Field and CenturyLink Field.

Trains arrive about 90 minutes before first pitch or the opening whistle and depart 35 minutes after the last out or final whistle.

Check our Special Events Calendar for details on when to catch Sounder from your local station.

Even if you’re not going to the game, take advantage of the special service to visit Seattle without having to deal with traffic or parking.

Sounder stops at King Street Station, right across the street from the Chinatown/International District Station where you can hop on Link light rail or local buses to explore the city!

If you're not a regular transit rider, dowload the Transit GO Ticket App to use your phone as your ticket. It is the easiest way to avoid lines at the station ticket machines. If you're a regular rider with an ORCA card, don't forget to tap on and off when boarding and exiting the train.

If you end up having to buy a paper ticket from one of our ticket vending machines, buy a day pass ticket (same price as two one-way tickets) so you don't have to wait in line after the game or match.

Link to the Mariners 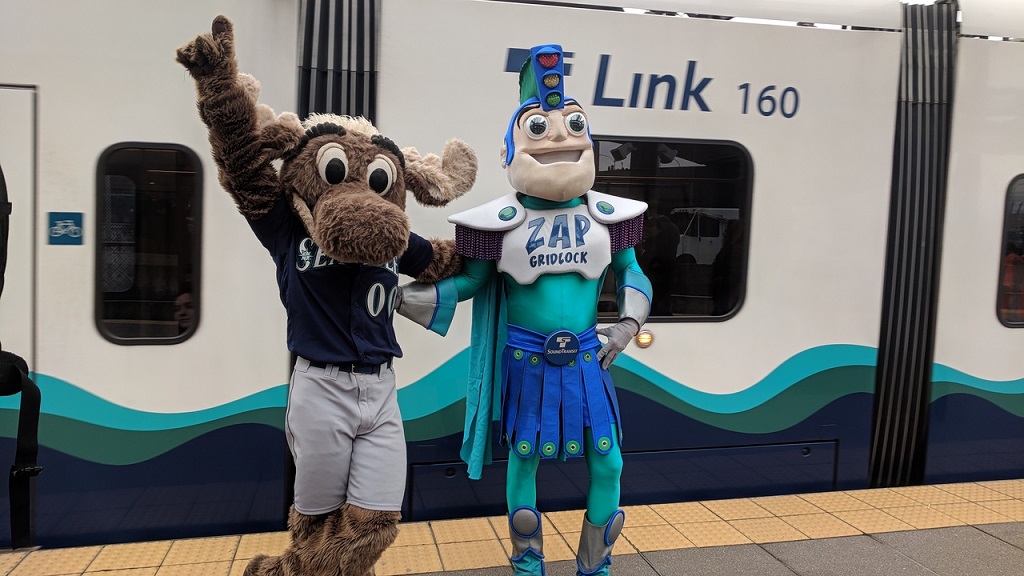 Don’t forget – your game-day Mariners ticket is also your ticket to ride Link light rail to and from Safeco Field on game days through June 3 through a special sponsorship by the Mariners.

Sorry Sounder riders, the promotion is only for Link light rail.

Your game ticket, either digital or paper, will be your valid Link light rail ticket starting three hours before the first pitch until the trains stop running at the end of the night. If you are asked by Fare Enforcement Officers to see your ticket while on the train, just show them your game-day ticket for that day. Check out our original announcement about the Mariners partnership for more details.

Saturday is also Opening Day of boating season in Seattle featuring the 32nd annual Windermere Cup crew races in the Montlake Cut. The Husky rowers are the top-ranked team in the country and this year’s races feature international teams from Great Britain, Canada and the Dutch National Team.

The races draw thousands of fans along the cut, snarling traffic for miles around. But you don’t have to deal with that.

How to ride Sounder or Link

Use the Sound Transit trip planner to find the best way to get to your closest station.