Commerce St. closes between S. 7th St. and the 705, multiple lane closures during week of May 20

To install stormwater pipes and manholes in the street, the contractor will completely close Commerce Street between S. 7th Street and the 705 onramp. In addition, crews will start installing a water line on N. 1st Street between Tacoma Avenue and G Street in the Stadium District. Crews will continue stormwater work at the intersection of Martin Luther King Jr. Way and S. 13th Street in Hilltop. Rail welding and traction power substation work continue on Stadium Way. Crews are building foundations for power poles along Martin Luther King Jr. Way.

N. 1st Street from Tacoma Ave to G Street – lane closure. Crews will install a water line on the north side of N. 1st St. from Tacoma Avenue to G Street. This work will take place on the west side of the street, starting near Columbia Bank. We are working to keep the bank's drive-thru open. The alley next to the bank is expected to be closed for a couple of days. The water line work is expected to take one and a half weeks. The southbound lane is closed during this work. N. G Street will be open and access maintained to the parking lot. The pedestrian crossing near the alley will be closed, and a temporary crosswalk will be opened near G St.

South 13th Street and Martin Luther King Jr. Way intersection – closure. S 13th Street will be closed on both sides of MLK Jr. Way for a half block to the alleys. Crews are installing stormwater pipes underground. Parking will be opened up, if possible, during non-working hours. 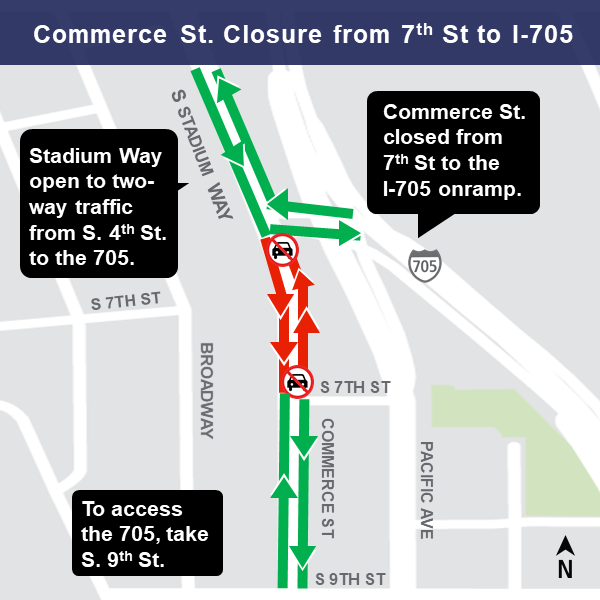 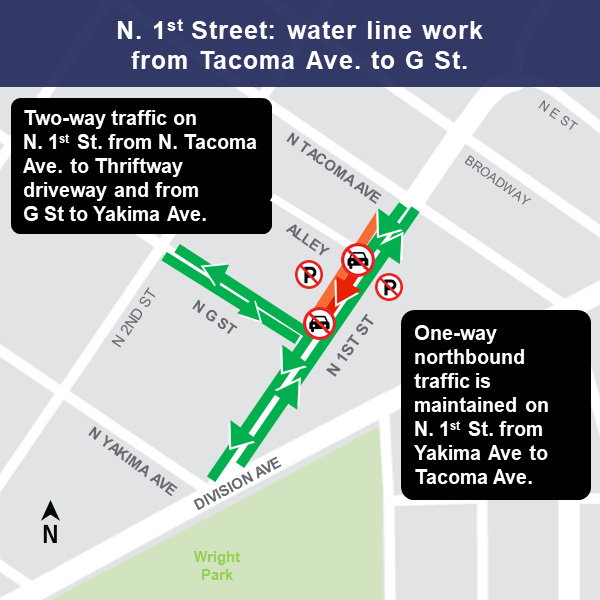