Looking for the latest news on projects that impact you? You've come to the right place.
Northgate Link Extension University District Station

Construction activity for April 28 until around May 12

Construction crews building the U District Station will be relocating electrical utility lines along NE 43rd Street between Brooklyn Avenue NE and University Way NE beginning on Monday, April 28. Crews will also be removing landscaping and replacing the sidewalk in front of the U Manor building.

Work hours will be between 7 am and 10 pm daily, including weekends. The work hours have been extended to minimize work duration and impacts to the community. This work is expected to take about two weeks. 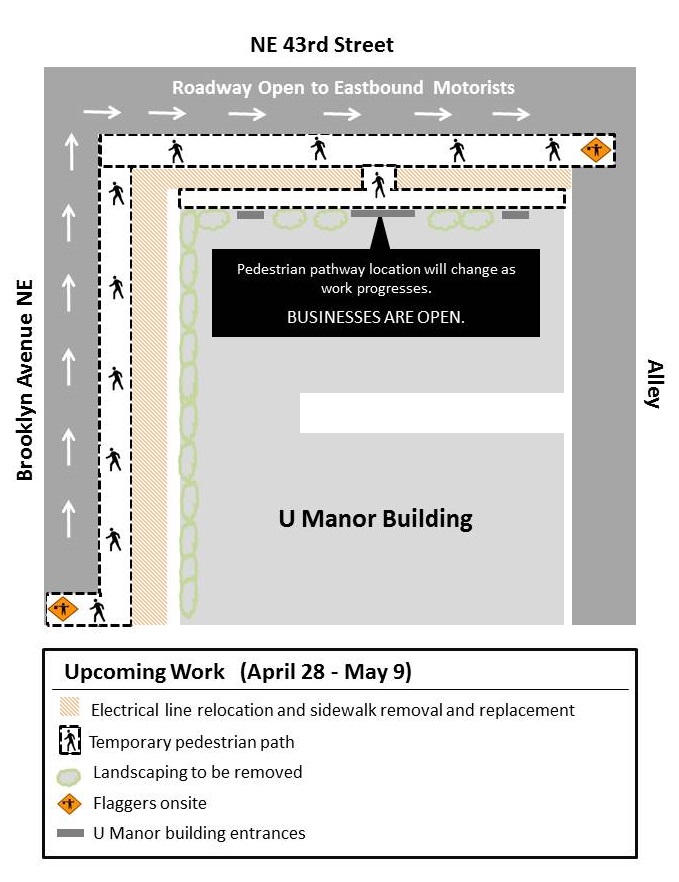 This work will be occurring within the sidewalk. Pedestrian access will be provided to the U Manor building at all times using a temporary pathway.

Flaggers will be onsite during work hours to help pedestrians through the area.

The U District Station is under construction on Brooklyn Avenue NE between NE 45th and NE 43rd streets. The station is part of the future 4.3-mile Northgate Link Extension connecting Northgate, Roosevelt, and U District neighborhoods to downtown Seattle and Sea-Tac Airport.