In the Stadium District, the contractor will move back to the south side the N. Tacoma Ave. and N. 1st Street intersection to do stormwater work, as early as Monday, July 22. For the traction power substation on Stadium Way, crews will continue building a drainage system on the hillside. In addition, the contractor plans to install more rail on Stadium Way in between Division Avenue and S. 4th Street.

In addition, the contractor is coordinating with Tacoma Public Utilities to connect some customers to the new water line on Martin Luther King Jr. Way. TPU is scheduling the water service connections with customers. These TPU final connections also involve some construction work.

N. Tacoma Avenue and N. 1st Street intersection – intersection closure and lane restrictions. As early as Monday, July 22, the contractor will move back to the south side of the N. Tacoma Avenue and N. 1st Street intersection to install underground stormwater pipes and structures. Two-way traffic will be maintained on N. Tacoma Ave. N. 1st Street will be closed at Tacoma Avenue for about a half block. Some parking will not be available near the work. To access the Rankos and Platinum Salon parking lots, take N. 2nd Street to N. E Street. The Harvester Restaurant has parking on Broadway. The driveways to Columbia Bank and Stadium Thriftway will be open on N. 1st Street. The stormwater work in this area is expected to take 2-3 weeks. We will look for opportunities to open the street, if possible. Crews will work during the day on Saturday, July 27.

Stadium Way from Division to 4th Street: southbound lane closure; use detours. Stadium Way is closed to southbound traffic from Division Avenue to the 4th Street. Crews installed the first track on Stadium Way south of Division Avenue. After the test track is approved, crews will install the next rail segment below this area. Work on the traction power substation along the hillside continues, as crews build a drainage system. In addition, crews are installing foundations for the Link power poles. 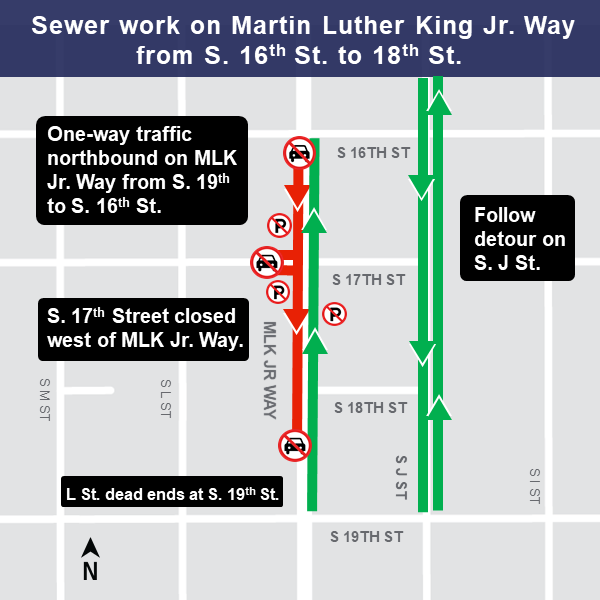 Walsh Construction Co. II, LLC, Sound Transit's general contractor for the Hilltop Tacoma Link Extension, plans to stage equipment and store materials on property located at the north side of Puyallup Avenue and East K Street in the Dome District. The equipment and materials stored include construction trucks and equipment, utility pipes and structures, and stockpile materials for hauling to work zones or off site. The City of Tacoma owns this property.