Construction and traffic impacts during the week of Dec. 2

From Thanksgiving to New Year's Day, the contractor will not be working in specific areas in the Hilltop and Stadium business districts. These "holiday moratorium" areas include Martin Luther King Jr. Way between S. 9th Street and S. 15th Street, N. 1st Street from Tacoma Avenue to Division Avenue, and Division Avenue from Yakima Avenue to N. J Street. Crews will work on Division Avenue near K Street during this time, including the possibility of working one weekend in December. If the contractor requests to work in additional "holiday moratorium" areas, we will obtain input from adjacent businesses. 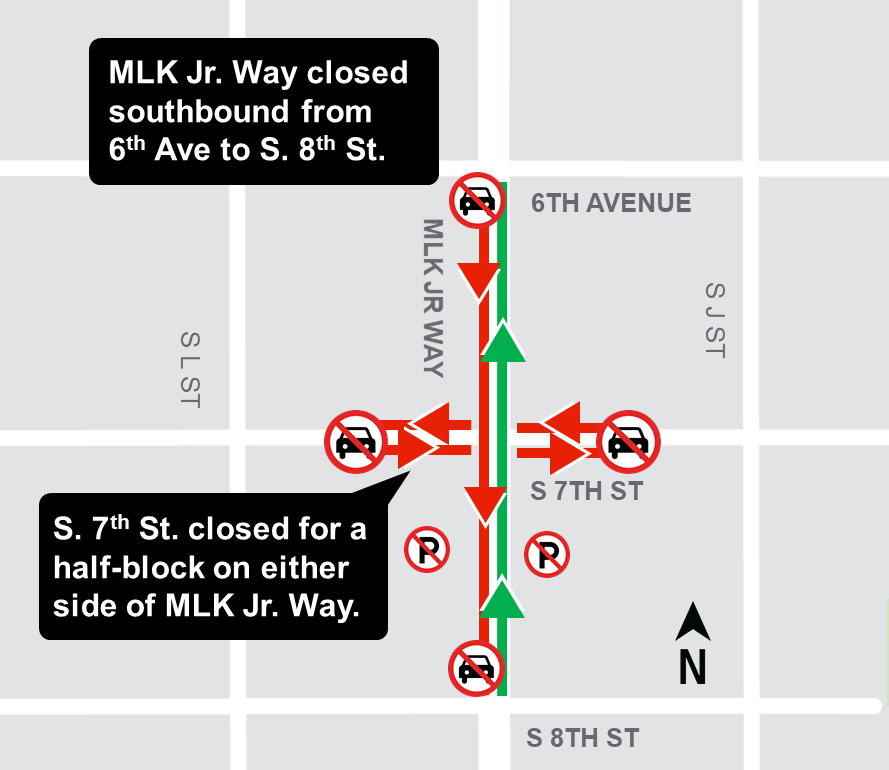