This week the contractor will start installing the first track on the Hilltop Tacoma Link Extension on Stadium Way south of Division Avenue. Currently, crews are removing asphalt in the center of the street. The contractor will install four, 300-foot strands of rail in this area on June 14. After laying the track, crews will pour concrete in this section. Then the "test track" will be inspected for two weeks.

Crews continue to build a traction power substation on the hillside along Stadium Way. They continue to install a stormwater system on Commerce Street. In the Stadium District, crews will return to N. 1st St. to do stormwater work. In Hilltop, the contractor will continue working on the water line on Martin Luther King Jr. Way from 14th Street to 15th Street. In addition, crews are building foundations for the Link power poles along Martin Luther King Jr. Way. 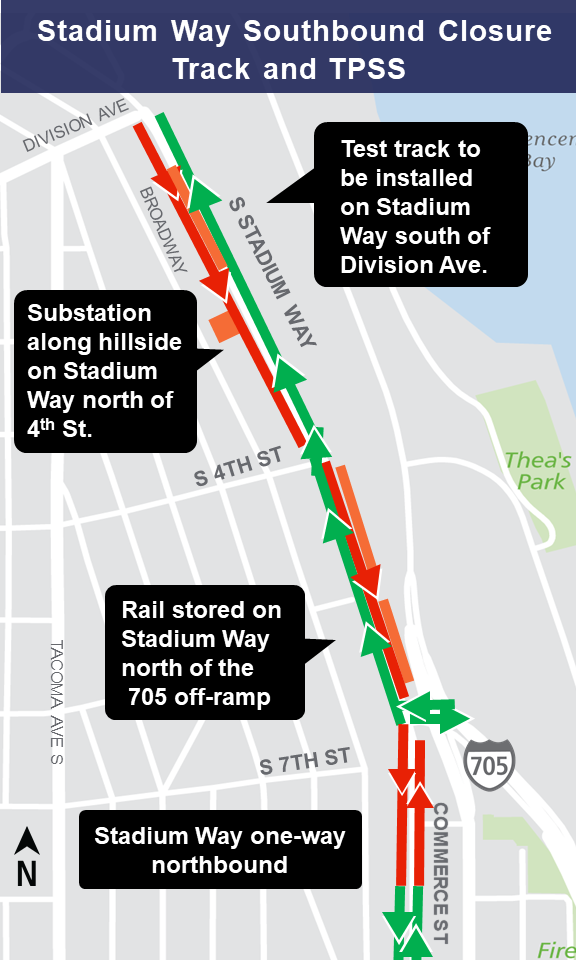 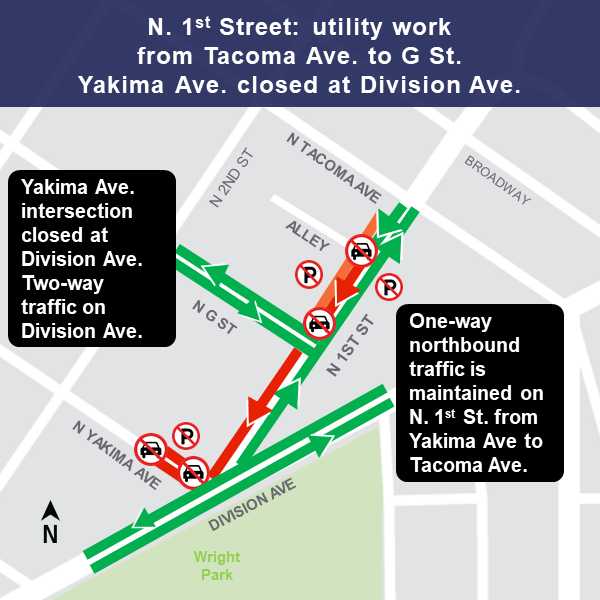