Looking for the latest news on projects that impact you? You've come to the right place.
Northgate Link Extension Northgate Station

Once construction begins, residents, local employees and drivers through the area will notice a series of short-term and long-term changes along First Avenue NE between NE 90th Street and NE 100th Street. 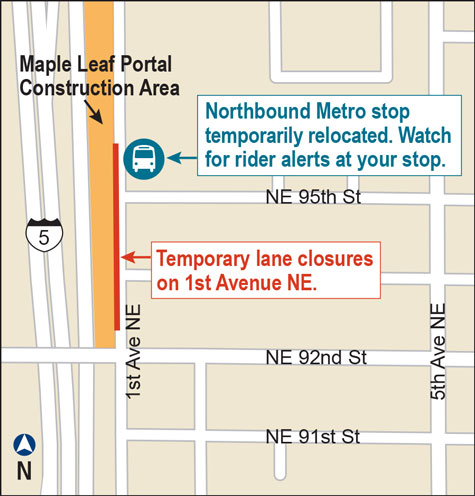 Work will include the daytime use of saws and jackhammers to get through concrete on First Avenue NE, chainsaws to remove trees, and drilling for to inject grout into the soil at the tunnel portal.