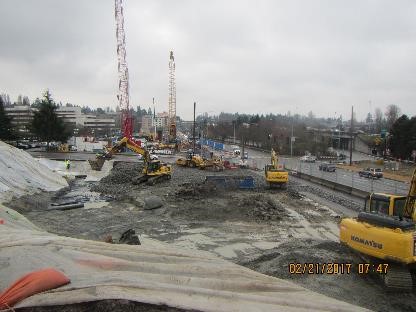 Interested in Northgate Station construction progress? Check out the live-feed of our construction site that will show the station, guideway and garage work from start to finish.

You’re invited! Sound Transit, the City of Seattle and the Roosevelt Neighborhood Association invites you to an open house to hear the community’s priorities and next steps for the future development at the Roosevelt Station construction site.

Work on the surface above tunnel crosses passages is nearing completion. Crews are currently decommissioning dewatering wells, freezing plants and other instrumentation along the alignment. As Sound Transit’s contractor demobilizes from these sites, neighbors and passersby may notice traffic impacts as crews remove the equipment. Later this year, permanent restoration of the affected areas will be carried out to match Seattle Department of Transportation standards.