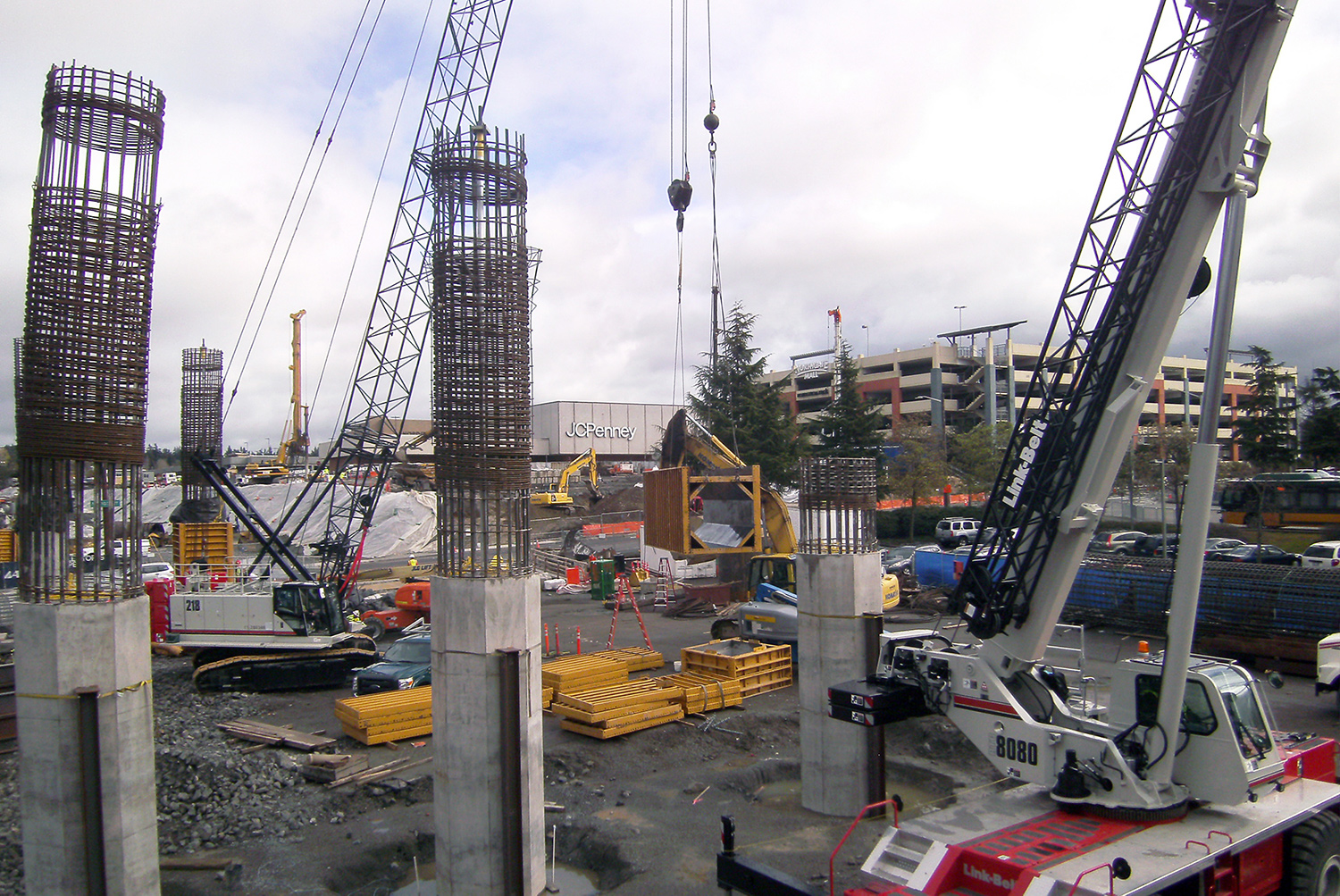 Crews also began prepping their work area in the Northgate Interim Park-and-Ride Lot B ahead of drilled shaft and column work at this site. Drilling is expected to take approximately two weeks and once it's complete, the commuter parking stalls will be returned to their usual configuration.

On March 23rd, the Sound Transit Board approved a $159.8 million contract to build the U District Station to Hoffman Construction Company. Construction of the underground station is expected to begin in June.

On March 9th, neighbors gathered at Roosevelt High School to hear from Sound Transit and the Roosevelt Neighborhood Association (RNA) on the outcome of the community engagement process around the transit-oriented development opportunity at the Roosevelt Station site.