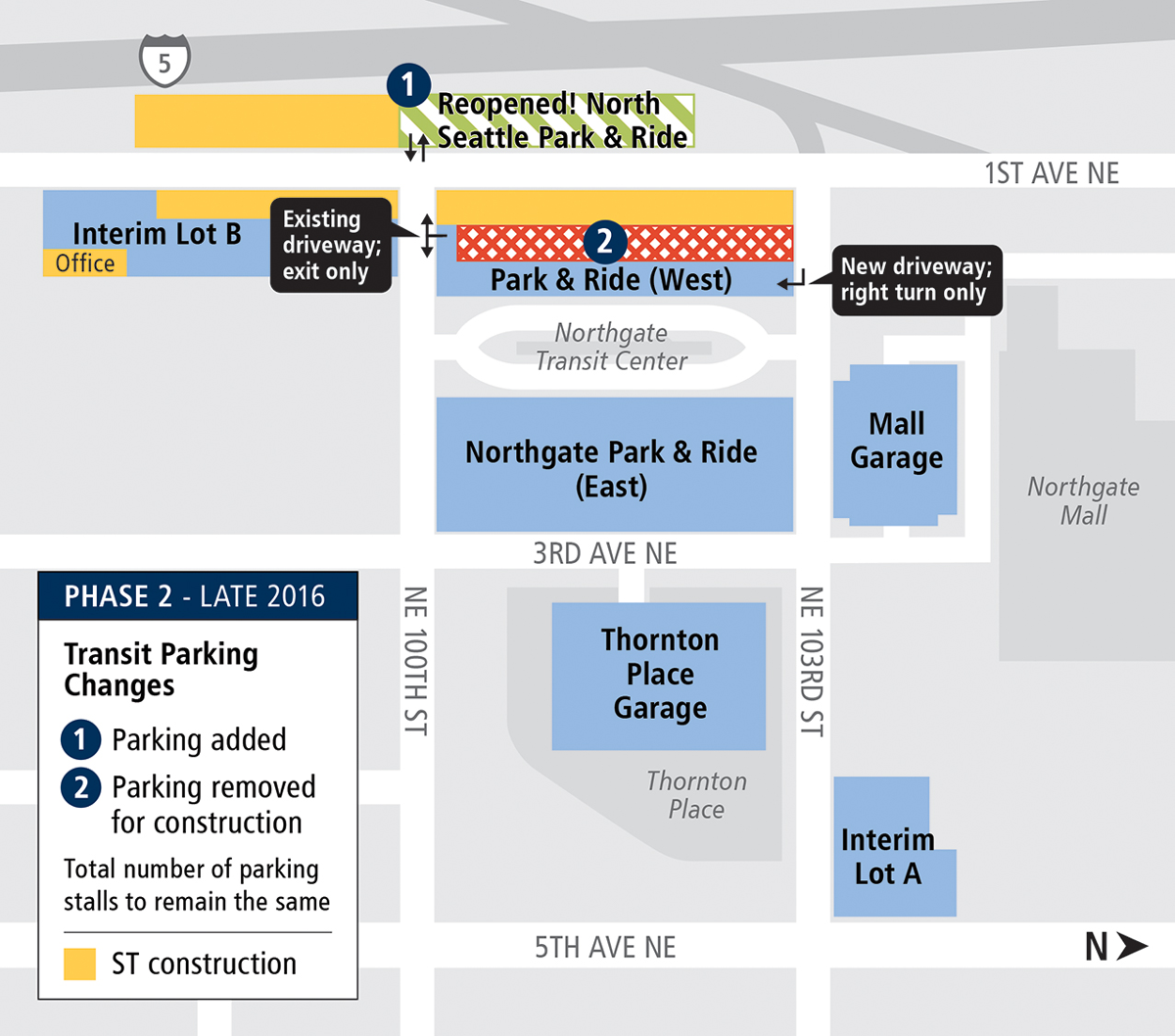 In this new configuration, drivers will enter the Northgate Transit Center Park & Ride (West) from the north on the new driveway on NE 103rd Street and exit to the south via the existing driveway on NE 100th Street.

Upcoming construction of the Northgate light rail station will occupy additional space in the Northgate Park-and-Ride (West) as indicated on the map. Fencing will go up around the middle section of the West lot as early as Dec. 7, 2016. To offset the loss of those stalls, the north end of the former North Seattle Park & Ride will reopen on the west side of 1st Ave NE between NE 100th and 103rd Streets as noted above.

Sound Transit staff plans to be available for questions or comments at: