Sound Transit's contractor will begin replacing underground utilities as early as Nov. 13 at Commerce Street and 7th Street and as early as Nov. 19 at Martin Luther King Jr. Way in between 16th and 19th Streets. The work in these areas is anticipated to take one and a half to two months. Here is the general schedule for replacing underground utilities by location: 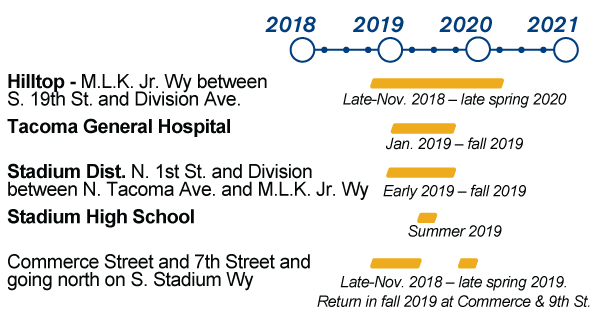 Replacing utilities involves digging a trench in the street, removing the pipes and installing new pipes underground. You will see trenching along each side or in the middle of the street, but one trench at a time. When the trench work is completed, the contractor will restore the street to a drivable, asphalt surface. The City of Tacoma owns these utilities, including sanitary sewer, stormwater and drinking water. Some existing pipes could be 100-years old.

The contractor will work in as many as three separate zones at the same time. Each zone is approximately three blocks long. Workers will replace each utility separately (water, stormwater and sanitary sewer). This means the contractor will return to the same area at different times.

In general, construction on the light rail route will occur in phases:

Being a good neighbor

Sound Transit and our contractor are committed to being good neighbors during construction. You can expect: 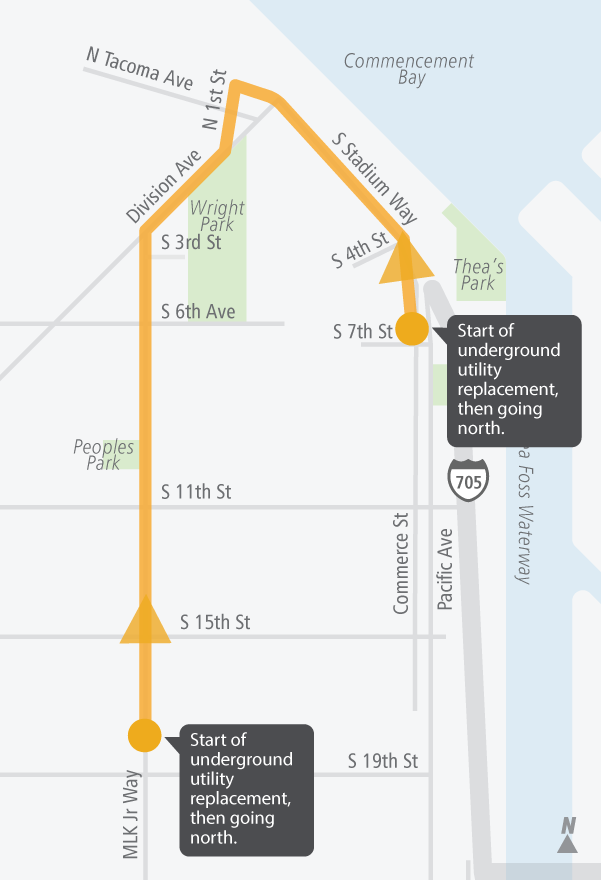