On Division Avenue, the contractor is installing utilities underground near J Street. The traffic pattern will move during the week, with at least one lane of traffic open on Division Ave.

Crews will return to Commerce Street this week to build foundations for Link power poles between 7th Street and 9th Street.

The contractor is not working on N. 1st Street or Tacoma Avenue in the Stadium District. This area is open to two-way traffic and street parking.

Looking ahead, the contractor will continue building foundations for Link power poles and will move to the area on Stadium Way from 4th Street to the 705 onramp, starting the week of September 16. 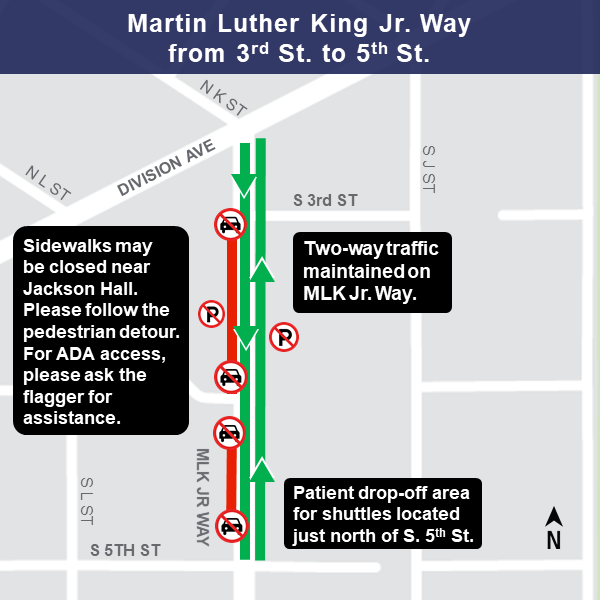