Much like we assume Peter Dinklage can't go to a dinner party without being asked about dragons and crossbows, one of the most common questions we get is, "Why don't the Link trains use turnstiles like they do in Chicago or New York?"

Those systems have a closed design that operates 100 percent in their own right of way. They only run in tunnels or elevated tracks or in fenced off right of way. There is no way to get to their station platforms without passing through designated access points.

Link runs “at grade” through the Rainier Valley and SODO. If we had installed turnstiles, that would create an opportunity for riders to bypass the turnstiles by walking on or near the tracks – an unacceptable safety hazard. Here’s my friend Steve on his way to Columbia City Station. 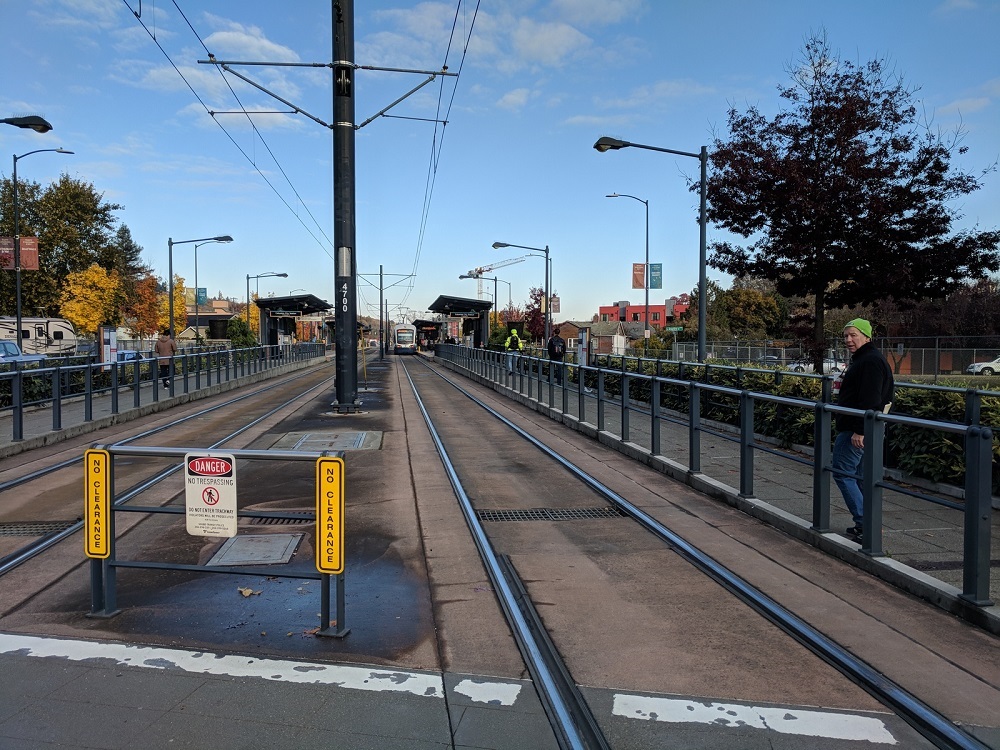 Yes, there is a barrier between Steve and the light rail tracks. But you can see that he could easily walk on the tracks to get around a turnstile if he really wanted to, which Steve would never do. Steve is a smart guy with a loving family he enjoys coming home to every night.

Instead of turnstiles, we use what’s known as a “Proof of Payment” system. It’s very common in modern transit systems like those in Portland, Los Angeles, San Francisco (Caltrain), Sacramento, Dallas, Denver, Buffalo and Charlotte to name a few. Here’s a great primer on "Proof of Payment" systems for those who want a more in-depth examination.

With the “Proof of Payment” system, we require all riders to have paid their fare before entering the “Fare-Paid Zone.” At our surface stations, this is the part of the platform where trains pick up and drop off passengers. At elevated or tunnel stations, it is the entire level where trains stop.

You will know these areas by the big signs that say, “Fare-Paid Zone.” These signs are above the ORCA ticket readers just past the ticket vending machines. In tunnel stations, you will see the sign at the top or bottom of the escalators, elevators or stairs.

Here’s Steve paying his fare with his ORCA card before walking the rest of the way down the platform. 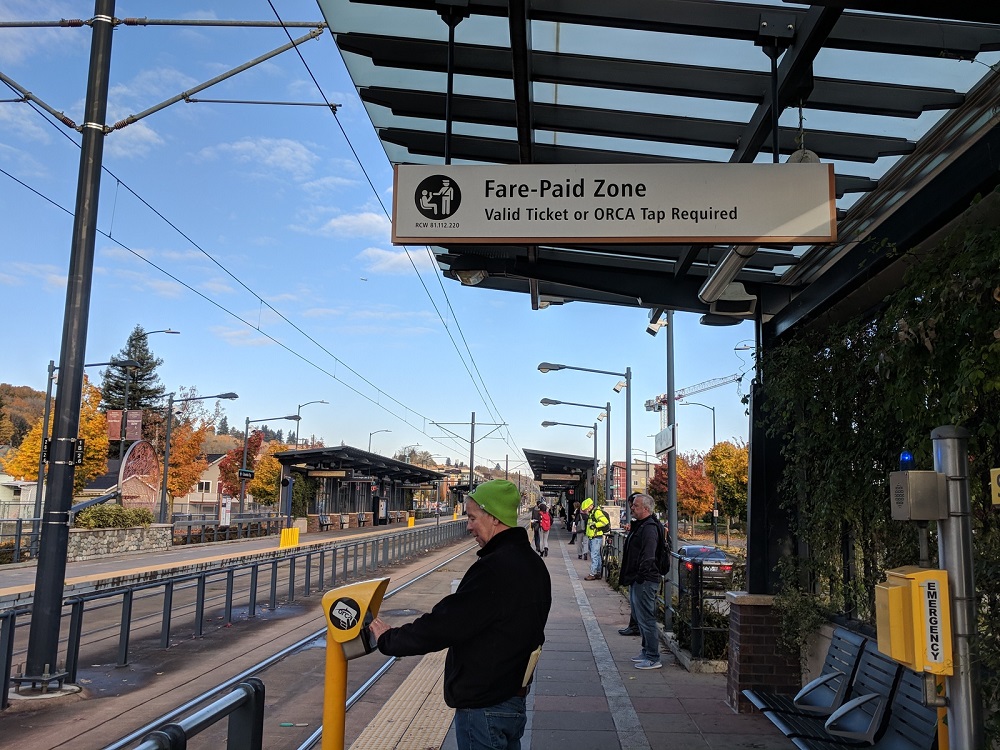 By designating these areas of the platform, or entire floors at underground or elevated stations, as “Fare-Paid Zones” we can enforce the rules around who should be at a train platform – only riders who have paid their fare.

How do we know people are paying their fares?

Sound Transit Fare Enforcement Officers randomly check riders on our trains and at the platforms for tickets or tapped ORCA cards. If you are caught without having paid your fare, you are subject to a $124 fine. If it’s your first offense, your name will be entered into a database and if you are caught again within twelve months, you will most likely get a ticket.

Our goal is to check at least ten percent of our train riders randomly every month and keep fare evasion rates around three percent. We report back to our Board how we’re doing every month. In September the fare evasion rate on Link was about 3.9 percent. While that was above our goal, we still consider that a manageable rate and well below some other systems, including some with turnstiles.

So there you have it - everything you wanted to know about the absence of turnstiles at Link stations.

Turnstile is a "a mechanical gate consisting of revolving horizontal arms fixed to a vertical post, allowing only one person at a time to pass through." 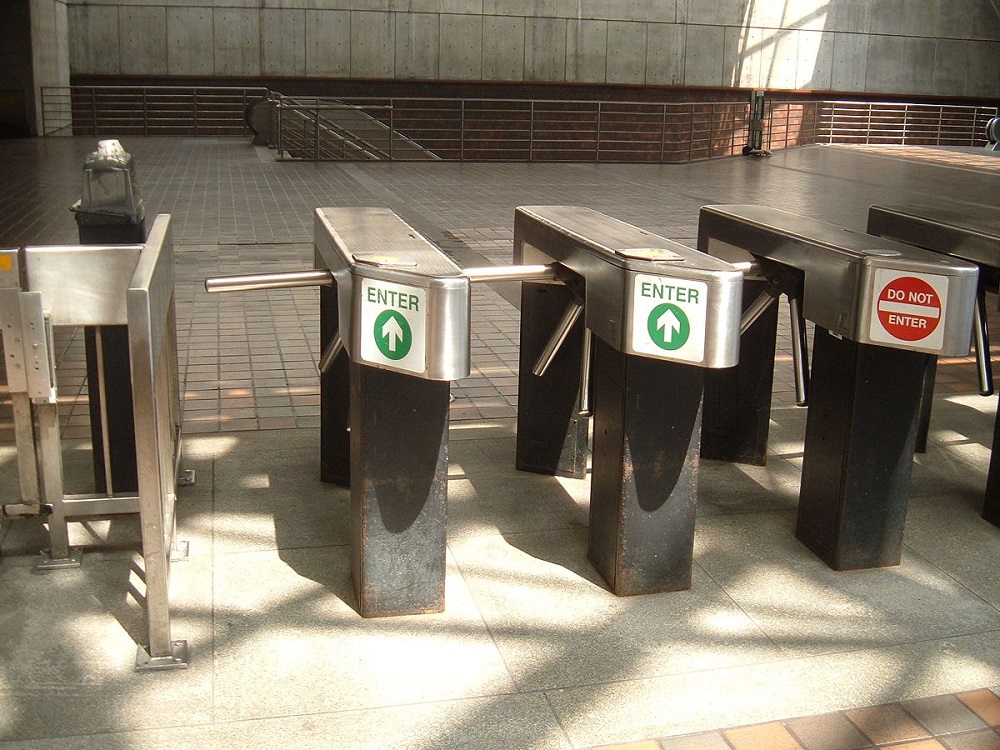 Have other questions about your buses and trains? Email us at ThePlatform@soundtransit.org.