Last week, the first track was installed Stadium Way south of Division Avenue. On Wednesday, June 26, the contractor plans to pour concrete in this section. Then the "test track" will be inspected for two weeks. Crews continue to remove asphalt south of this area for the next track installation.

In Hilltop, the contractor will continue working on the water line on Martin Luther King Jr. Way, moving to the intersection of MLK Jr. Way and 12th Street and then to the MLK Jr. Way and 11th St. intersection. In addition, crews are building foundations for the Link power poles along Stadium Way. At the traction power substation on Stadium Way, crews plan to bring power from Broadway to the substation in late June/early July. Commerce Street is open to two-way traffic. Construction is not planned on N. 1st St. or Division Ave. this week. 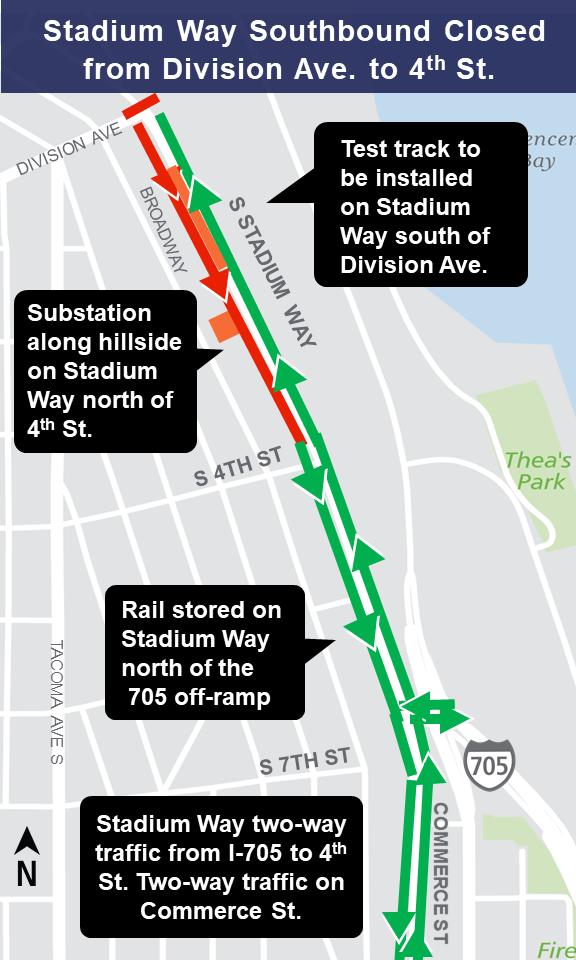 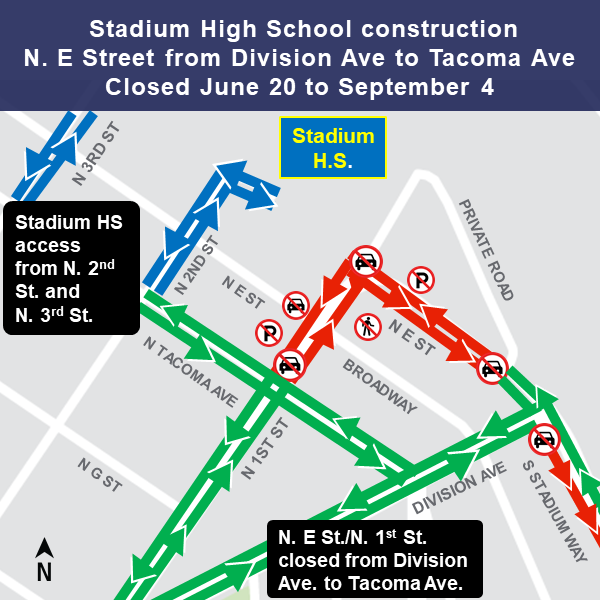