To install utilities in the street, the contractor will completely close the intersection at Division Avenue and I Street during the weekend of June 7 - 10 (Friday at 8 p.m. to Monday at 5 a.m.). This work can happen during the day and night (continuous construction).

Division Avenue and I Street – intersection closure. The Division Avenue and I Street intersection will be completely closed during the weekend of June 7- 10 (Friday at 8 p.m. to Monday at 5 a.m.). Crews will dig trenches in the street and install stormwater and water pipes. Because this intersection is so busy, the contractor is only allowed to work in it when traffic is manageable, such as weekends. The contractor has obtained a noise variance from the City of Tacoma and can work day and night (continuous construction). Please follow detours on I Street, 6th Avenue and Tacoma Avenue.

Stadium Way from Broadway to 4th Street: southbound lane closure; use detours. Stadium Way is closed to southbound traffic from Broadway to the 4th Street. Stadium Way is open to two-way traffic from 4th Street to the 705 onramp. Please follow the detours on St. Helens Ave., Broadway and Tacoma Ave, and consider other routes to access downtown and/or 705. One-way traffic going north on Stadium Way is open, including left-turns at S. 4th St. and Division Ave. Crews continue welding rail, cutting pavement and building a traction power substation on Stadium Way. The traction power substation is located on the hillside along Stadium Way north of 4th St. Crews are drilling piles to support the hillside. The contractor is preparing to install track on Stadium Way. The test track installation is planned for the week of June 10. 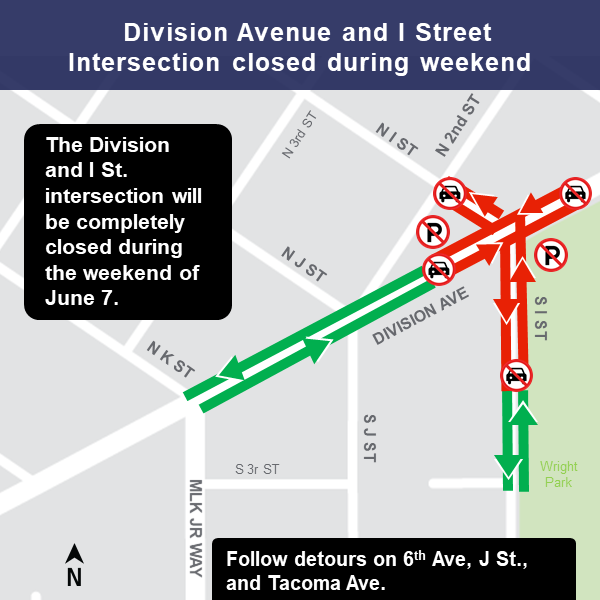 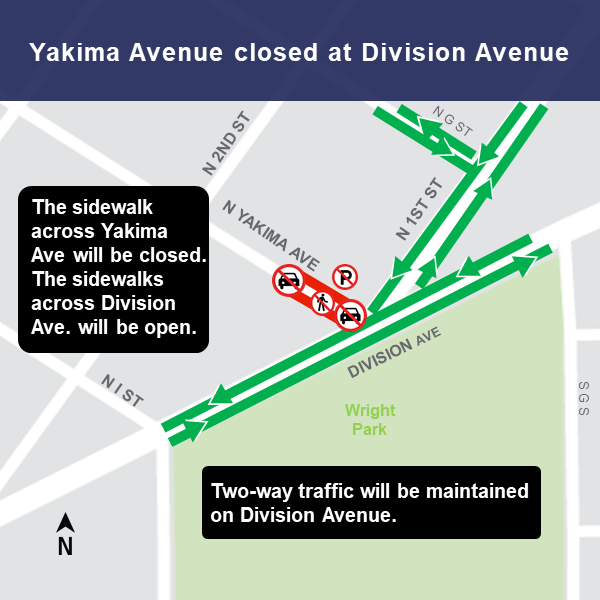 Construction begins in front of Stadium High School on June 20

The contractor will start construction in front of Stadium High School on June 20 (the day after the last day of school). E Street/N. 1st Street will be closed from Division Avenue to Tacoma Avenue during the entire summer break to about September 4.