Looking for the latest news on projects that impact you? You've come to the right place.
Northgate Link Extension Roosevelt Station

As early as Wednesday, August 14th, 12th Ave NE and NE 65th Street will have lane closures while Sound Transit's Contractor conducts sidewalk improvements at the intersection. Pedestrian and bicycle reroute will be in effect.

For the safety of the public Sound Transit ask that drivers, cyclists, and pedestrians follow the directions of the Uniformed Police Officer (UPO) on duty. 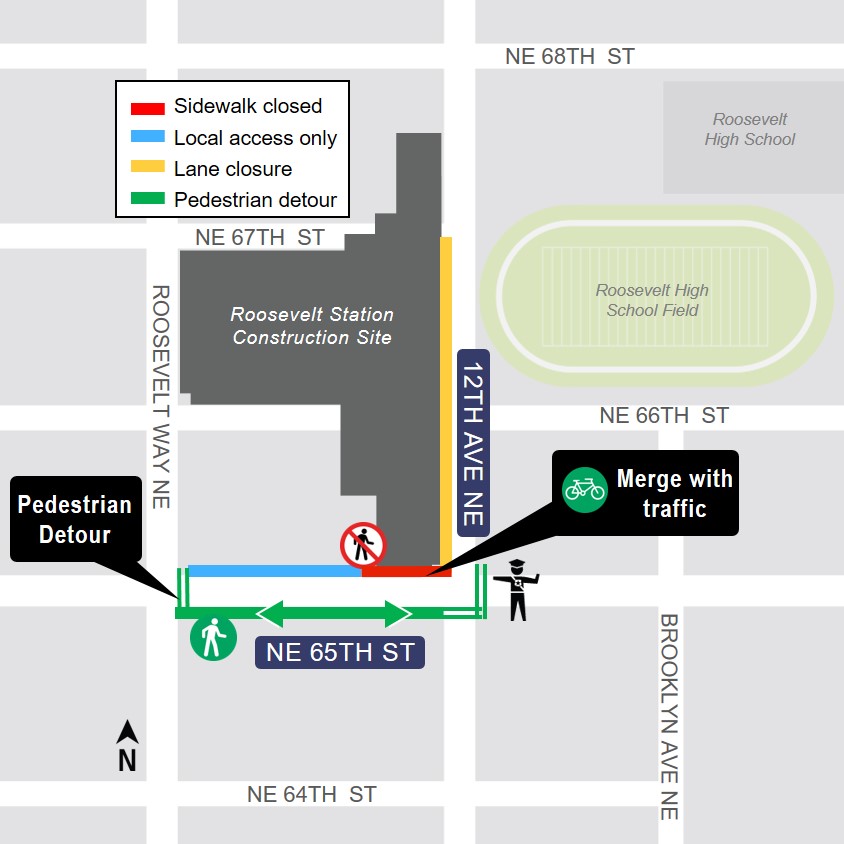