Looking for the latest news on projects that impact you? You've come to the right place.
East Link Extension Bellevue Downtown Station

On Friday, July 29, Sound Transit's contractor completed phase one of the work underway on 110 Avenue NE and reopened a southbound lane to through traffic. Southbound traffic can now enter both the City Center Plaza and Skyline building garages.

Phase two is anticipated to last through approximately early-September, at which point the entire roadway will reopen. The work taking place involves replacing the current, loosely compacted soil underneath the roadway in favor of a denser material more appropriate to tunnel through. The work area will eventually become part of the north tunnel portal. Tunnel excavation is projected to begin in late fall 2016. 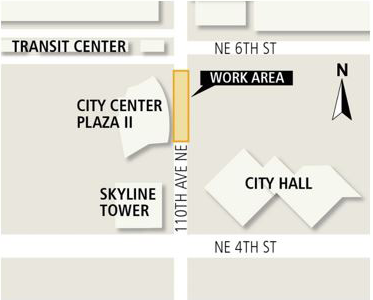 Map of the work area.

In advance of tunnel excavation, crews are currently building a 20-foot temporary sound wall around the south tunnel portal site at Main Street and 112th Avenue NE. You can see the progress in the photos below. The sound wall is made of two plywood sheets with a sound-mitigating material inside. When completed, the wall will surround the entire construction site.

Construction of the temporary sound wall around the south tunnel portal site at Main Street and 112th Avenue NE. 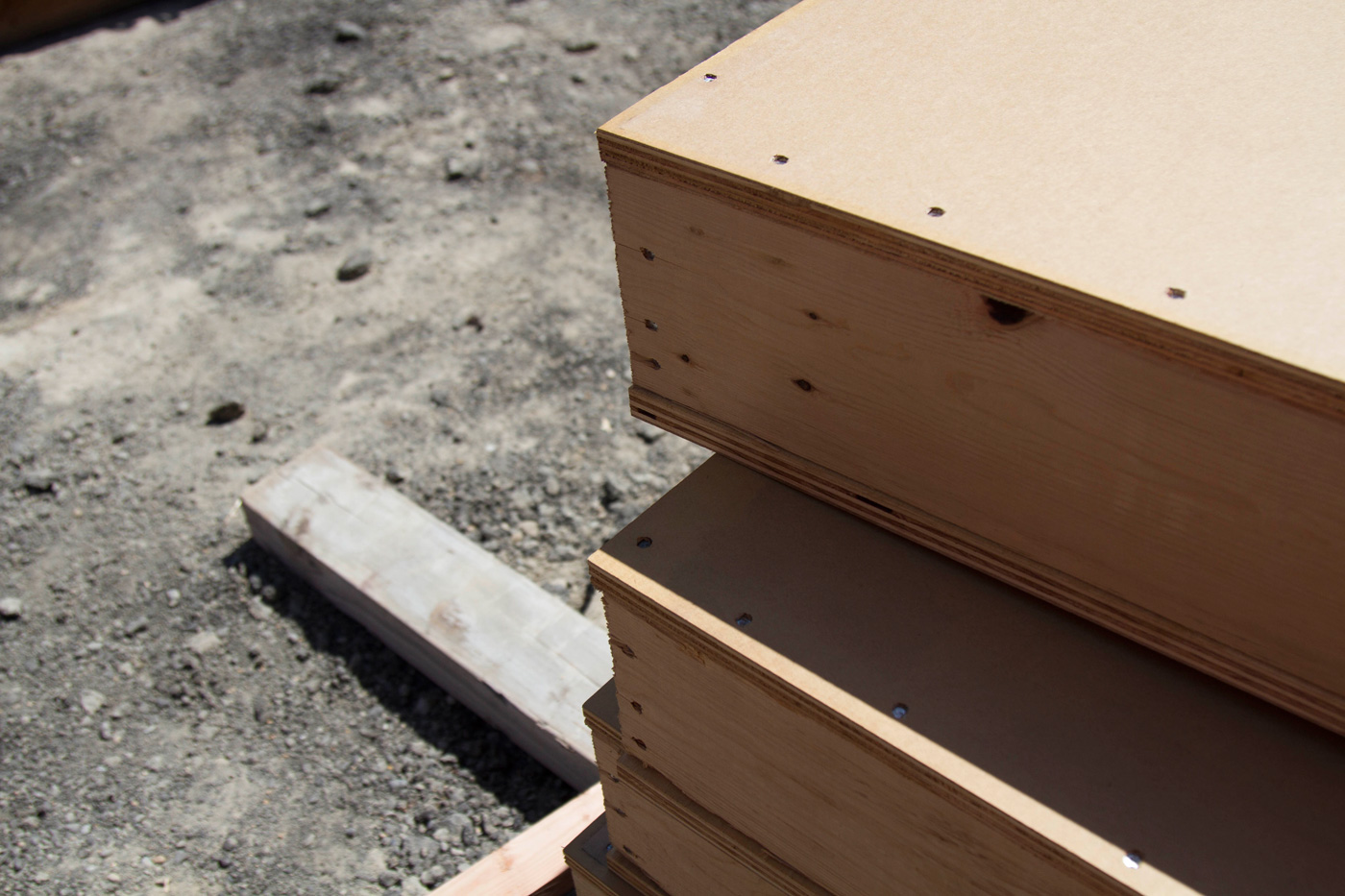 Plywood sheets with a sound-mitigating material for the sound wall.