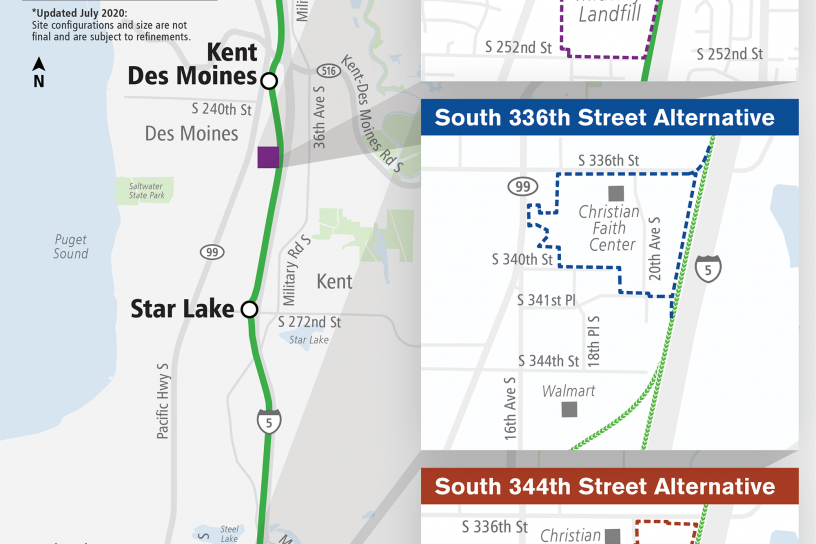 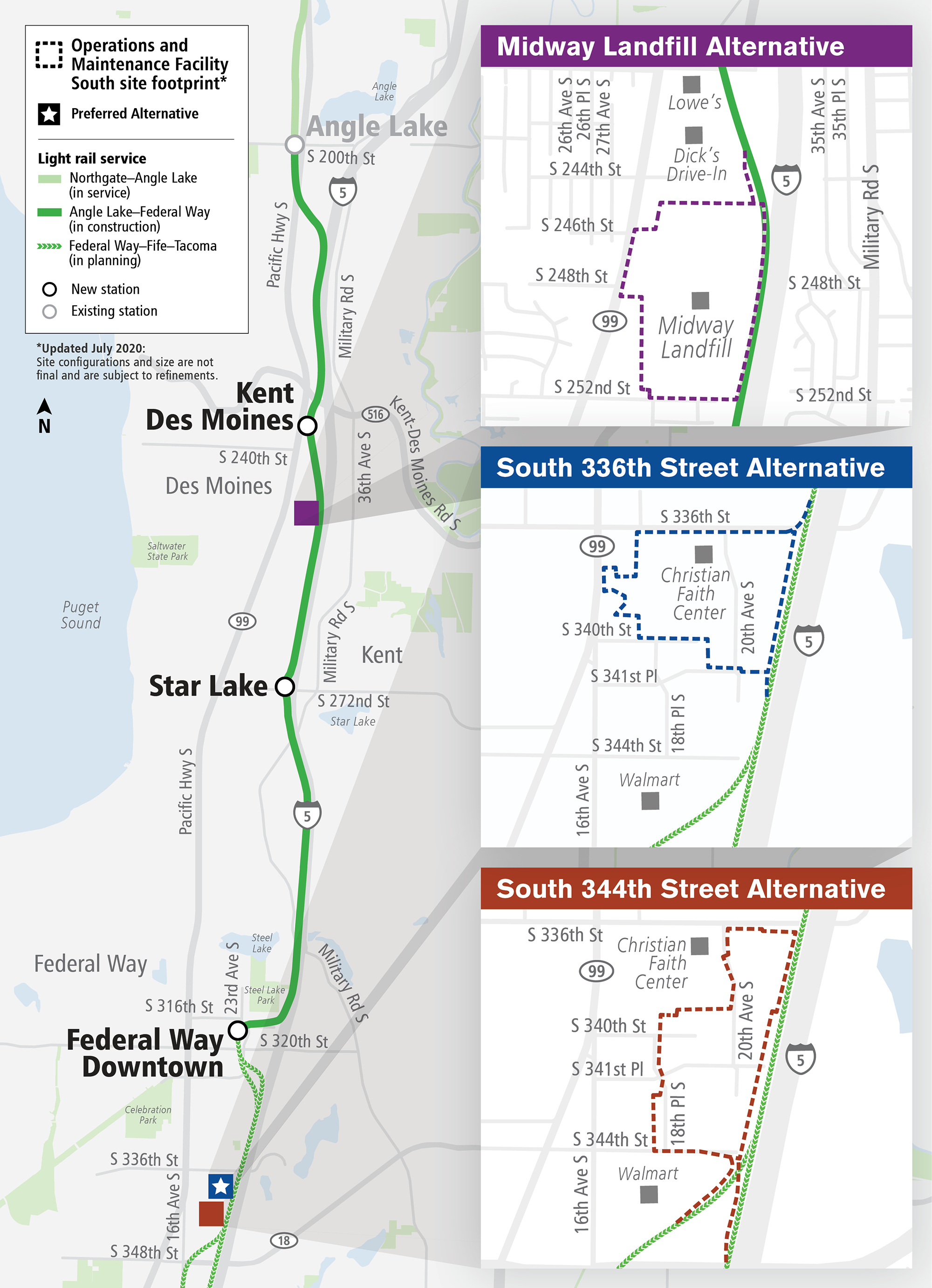 A new Operations and Maintenance Facility is needed in South King County to receive, store and service a larger train fleet to support future light rail extensions to Tacoma, West Seattle and throughout the region.

An OMF is where light rail trains go 24 hours a day, 365 days a year for cleaning and repairs. To build this new facility, we need approximately 60-70 acres (for reference, one football field is 1.3 acres) near an operating Link line.

As part of system expansion plans, we need four OMFs across the region.  Currently, we service the existing light rail fleet at a central OMF on South Forest Street in Seattle. We've built a second facility in Bellevue and will add another OMF north of Seattle.

Benefits of the OMF South

This facility creates high-skilled, living-wage jobs for more than 470 people in South King County. At our existing OMF Central in Seattle, the average employee wage is more than $40 per hour, or $80,000/year.

As well, OMFs ensure thousands of passengers ride clean, well-maintained trains. We suspend service every night between 1-5 a.m., so we can properly service our Link trains.

We had anticipated publishing the Final Environmental Impact Statement under the State Environmental Policy Act (SEPA) for the Operations and Maintenance Facility (OMF) South by the end of this year, however, we now anticipate the Final EIS to be published and the Board’s project to build no earlier than the second quarter of 2023. Ongoing design efforts have taken longer than anticipated. The Final EIS will include responses to substantive comments from Tribes, the public, agencies, and cities received during the Draft EIS comment period in spring 2021. It will study the Preferred Alternative along with the other two alternatives studied in the Draft EIS.

On Dec. 16, 2021, the Sound Transit Board identified the South 336th Street site in Federal Way as the preferred alternative for the location of the OMF South.

The Board’s identification of a preferred alternative is not a final decision. This action shows where the Board’s decision-making is leaning, based on the findings in the draft EIS and comments submitted by Tribes, agencies and the public during the draft EIS public comment period. The final EIS will study the Preferred Alternative, and the other two alternatives studied in the draft EIS.

Have any additional questions or comments? We're always here to help. You can contact the project team at omfsouth@soundtransit.org.

We encourage you to sign up for project email updates for all the latest news as OMF South develops.

If you're a resident or a business or property owner near a potential OMF South site, sign up for email updates to ensure you're always up to speed on the project. If you have any questions, or you'd like to set up a meeting to learn more, contact the project team at omfsouth@soundtransit.org.

The draft EIS evaluated possible property affects in detail. We hosted a formal comment period on the draft EIS from March 5 to April 19, 2021. In the final EIS, we’ll further study the site alternatives and will respond to substantive comments received from the draft EIS.

The Sound Transit Board will make a final decision on the site and the project to be built after we issue the final EIS.

Aerial view of the Operations and Maintenance Facility in Seattle.

An inside look at the Operations and Maintenance Facility in Seattle.

Workers perform maintenance on Link light rail trains every night at the Operations and Maintenance Facility in Seattle.