2017 look back: Every picture tells a story

It seems like a long time ago that we kicked off 2017 but as the year draws to a close, we here at The Platform thank all our loyal readers of this fledgling “blog.” We got off to a good start and are looking forward to answering more of your questions and taking you behind the construction walls in 2018.

By far, our most popular stories have been the ones that put you up close on our construction sites to see the hard-working men and women who are building your new rail lines.

In 2017 the carpenters, ironworkers, operators, laborers and masons clocked almost 2 MILLION labor hours on the East Link and Northgate Link light rail projects. (Apologies in advance to any trades I’ve left out.)

For all of the impressive machinery involved with mining new tunnels and building massive infrastructure projects, getting the job done comes down to the hard, dirty work done by men and women with their hands every day.

Here’s some of our favorite shots from the jobsites and the progress these hard-working men and women made in 2017. 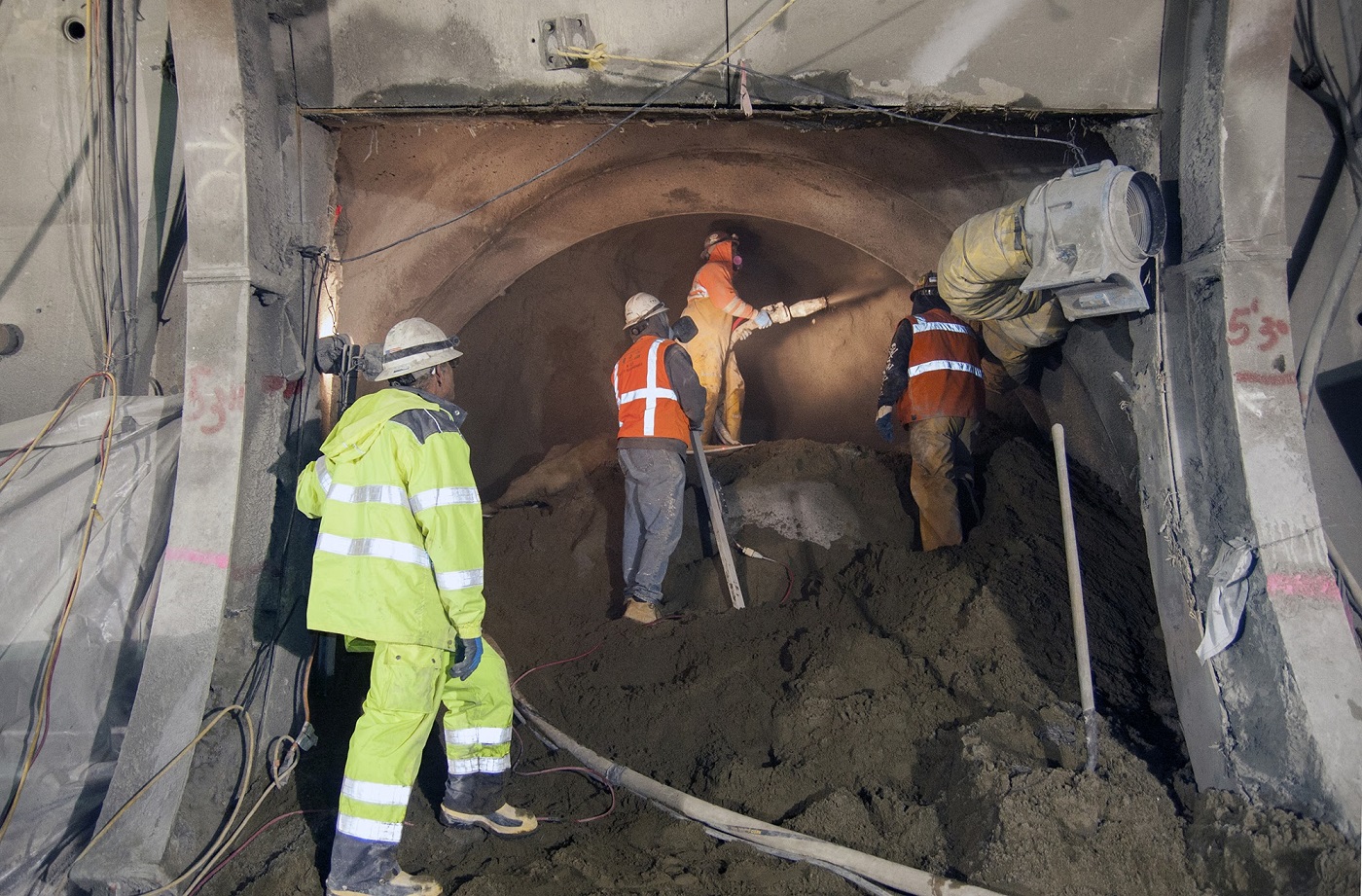 Last year miners finished digging the 23 cross passage tunnels between the two Northgagte Link light rail tunnels.  The cross passages are required as emergency exits that connect the two separated train tunnels. They're basically small tunnels between the twin train tunnels. Building them is demanding work in tight quarters to essentially hand mine, waterproof, reinforce and install utilities and communications equipment in each passageway. Read more about digging the Northage Link cross passages.

Roosevelt and U District Stations 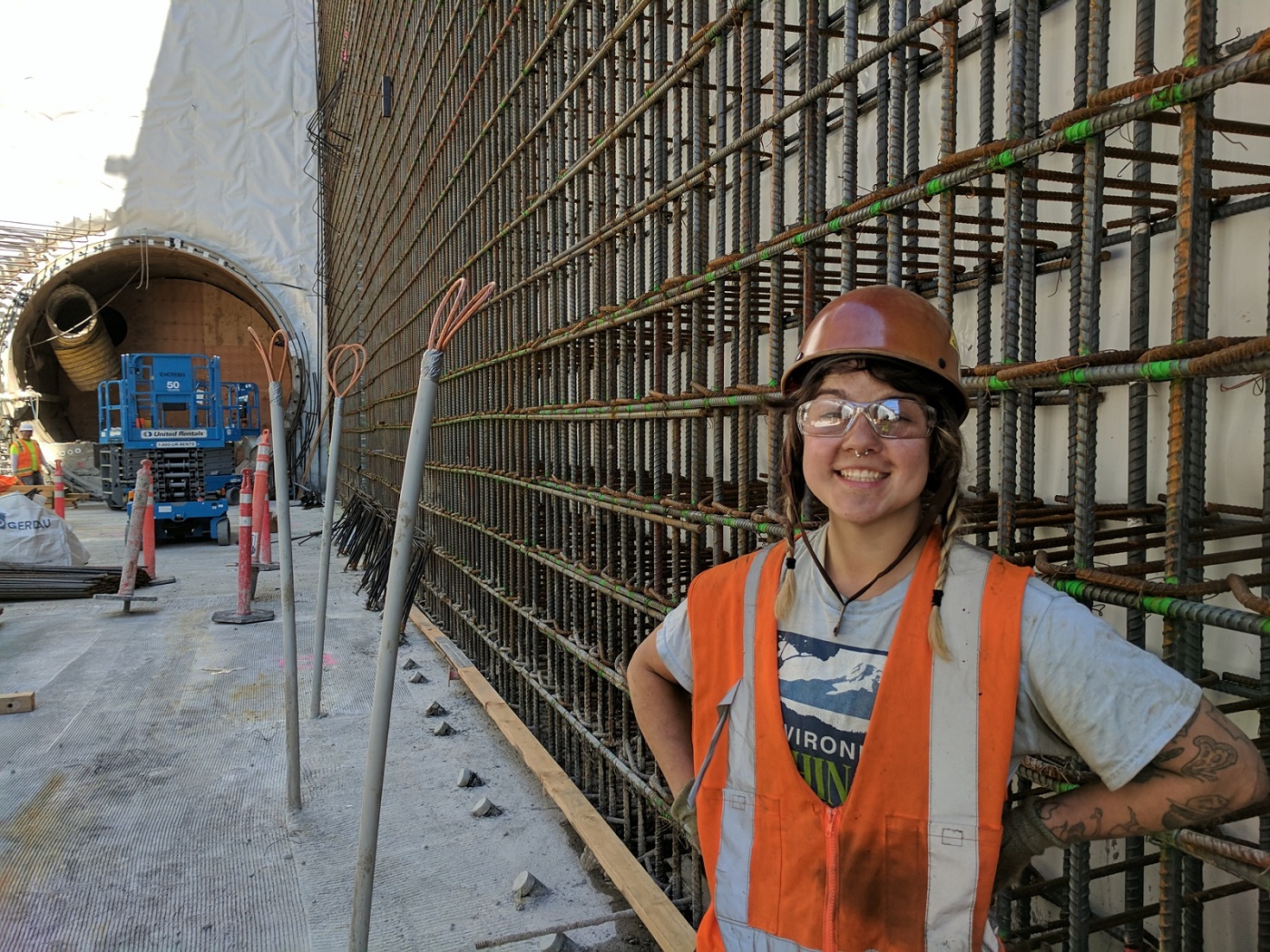 Ironworker Apprentice Jarin Stores, 26, spent many of her days in 2017 hanging from the side of a wall of iron rebar at the Roosevelt Station construction site. The long steel bars are individually wired together by hand at every intersection before concrete is poured over the wall to become part of the final structure. 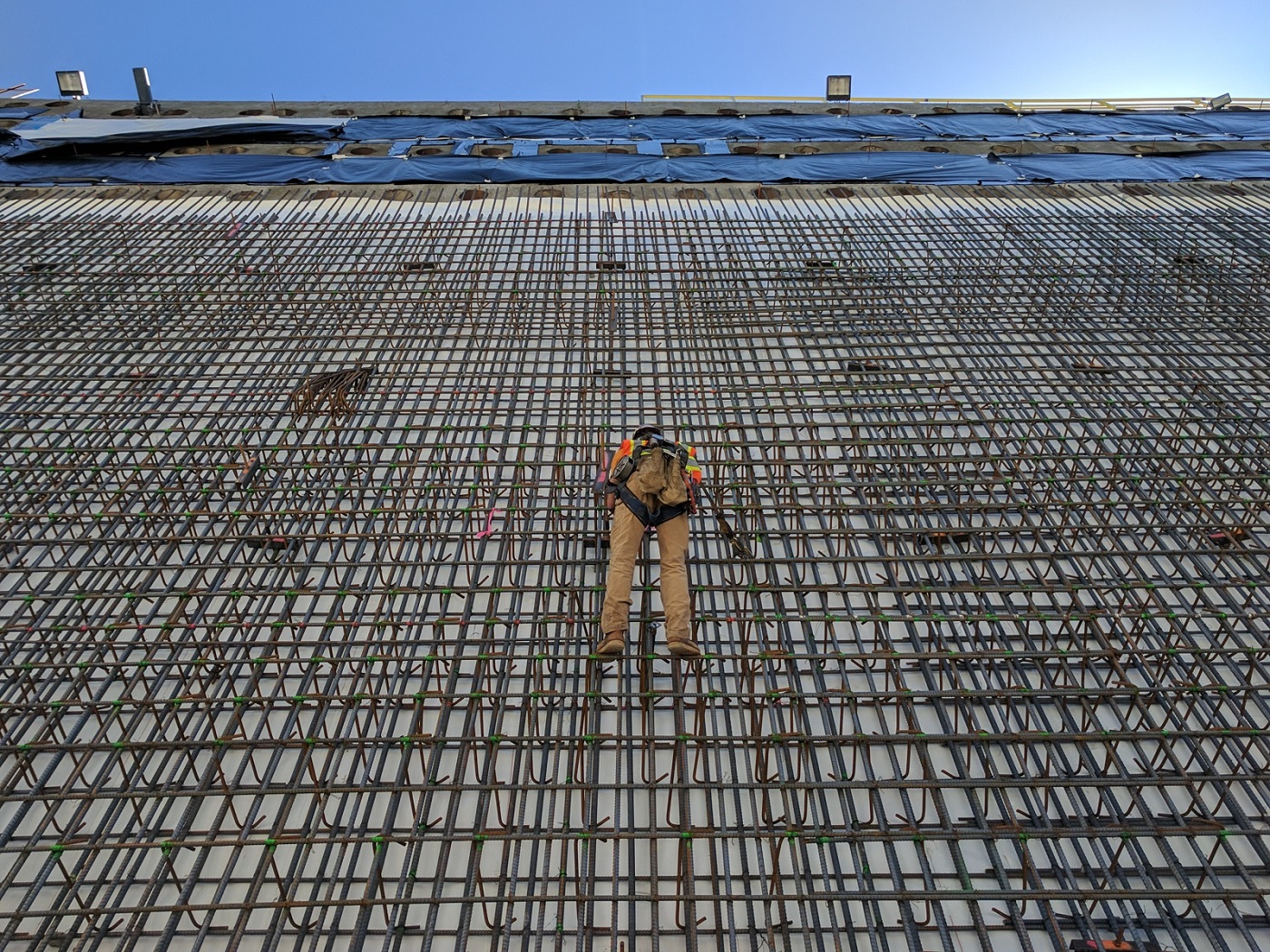 Stores doesn't mind the climbing. "It's cool going vertical instead of wrapping bar on the ground all the time," she said.

Contractors made great progress on both the underground stations for the Northgate Link extension at Roosevelt and at U District Station in 2017 where the ground-level platform slabs are poured and the final walls are going up. 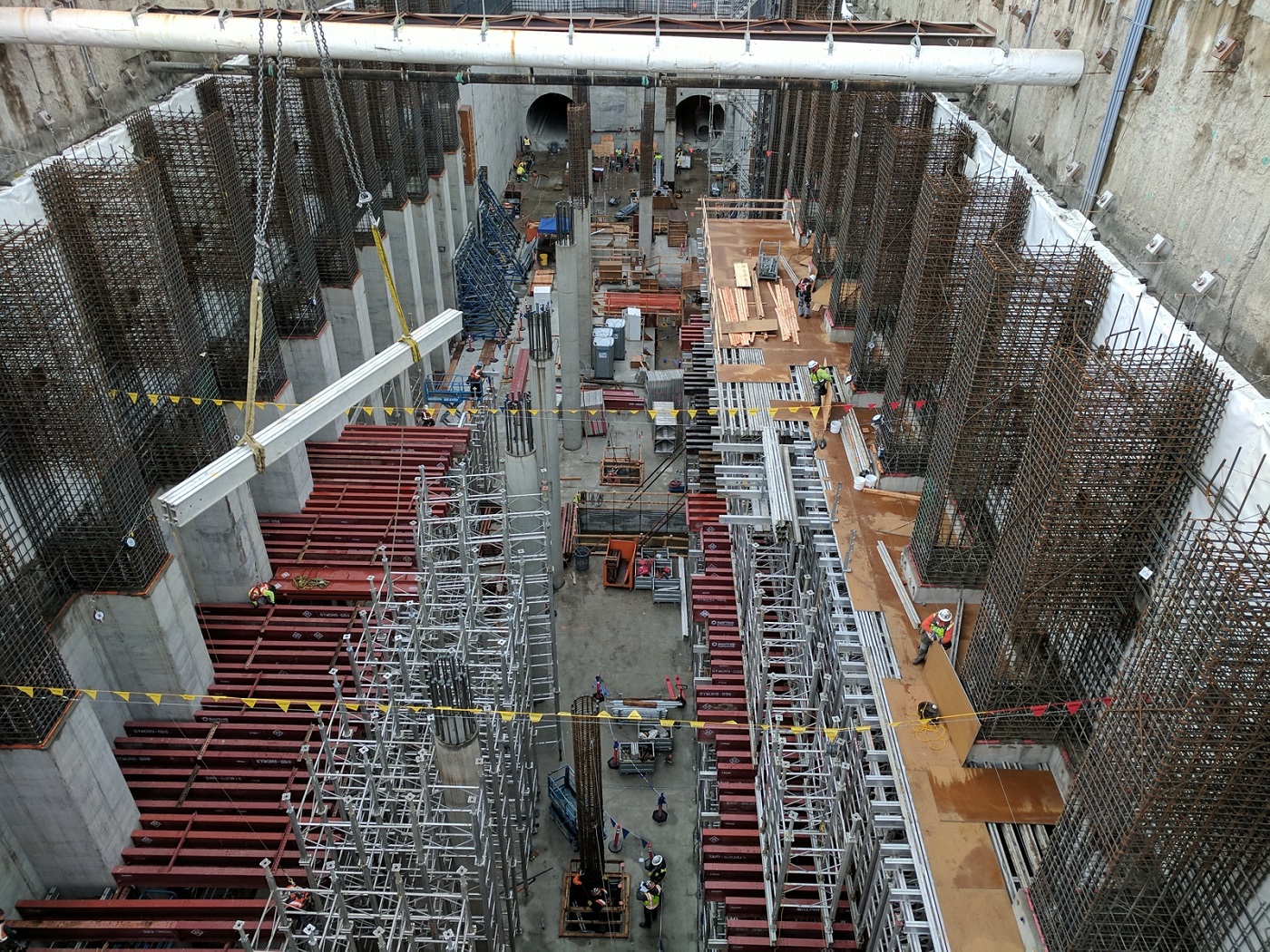 Above you can see the tons of rebar, forms and scaffolding at Roosevelt Station as crews prepare for pouring the concrete walls. Trips from here to downtown Seattle will take 10 minutes when the station opens in 2021. 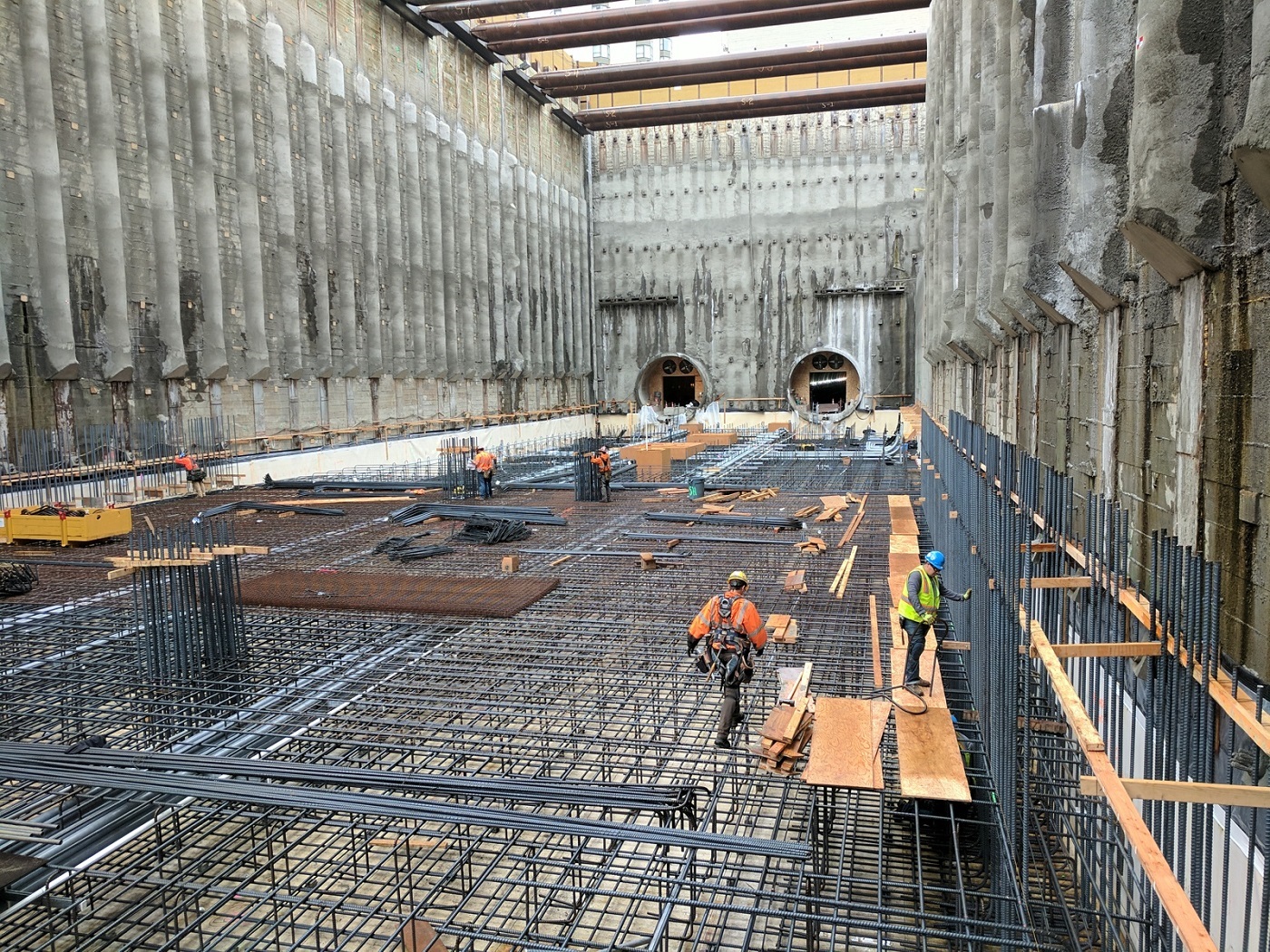 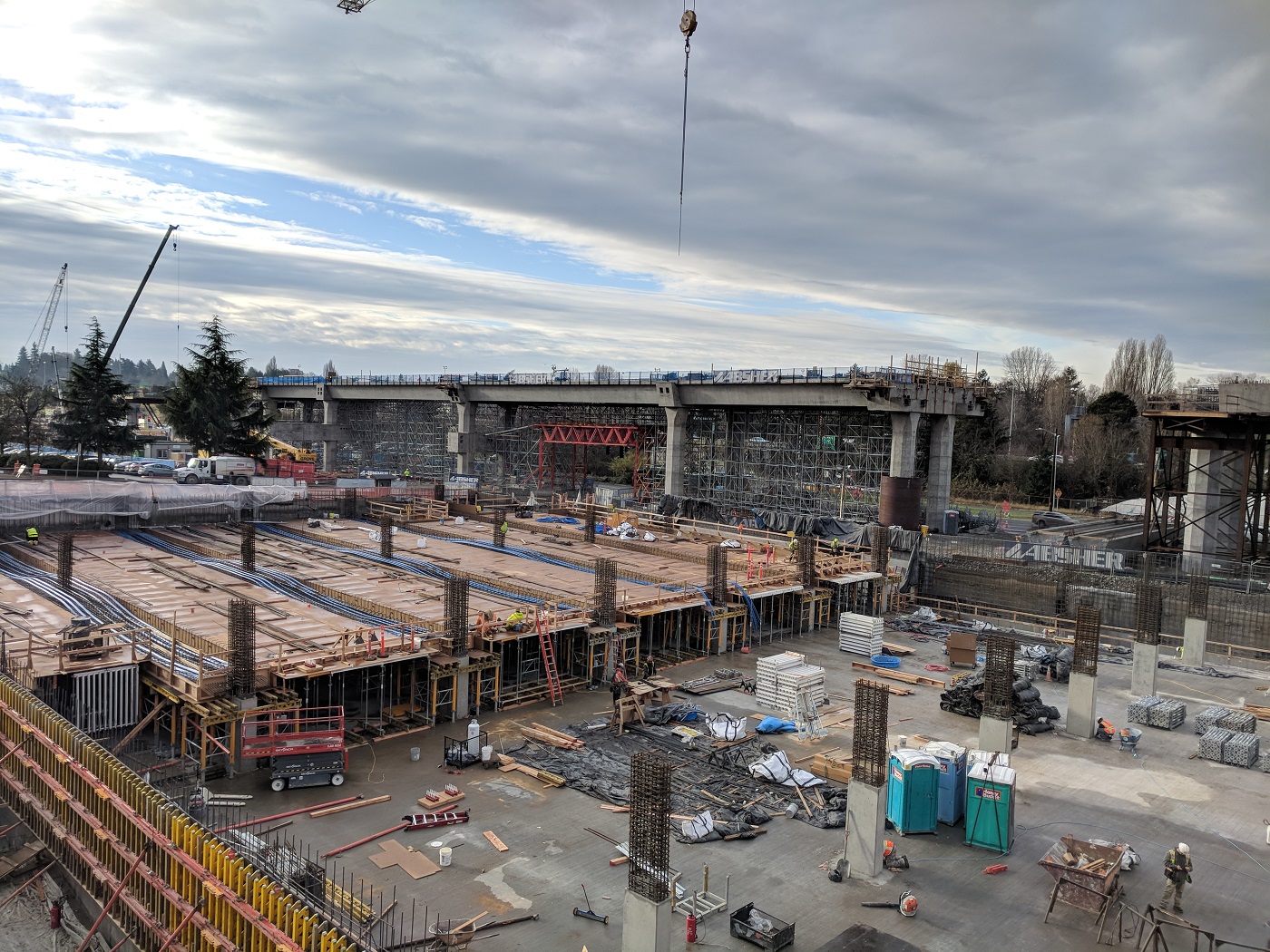 Thousands passing through the Northgate Transit Center had a prime spot to see the future Northgate light rail station rise from the ground. Contractors installed 40 new columns wih an average depth of 67' to support the half mile of elevated tracks before they enter tunnels to UW. At the garage, in the foreground above, crews poured more than 10,000 cubic yards of concrete for the new garage floor. 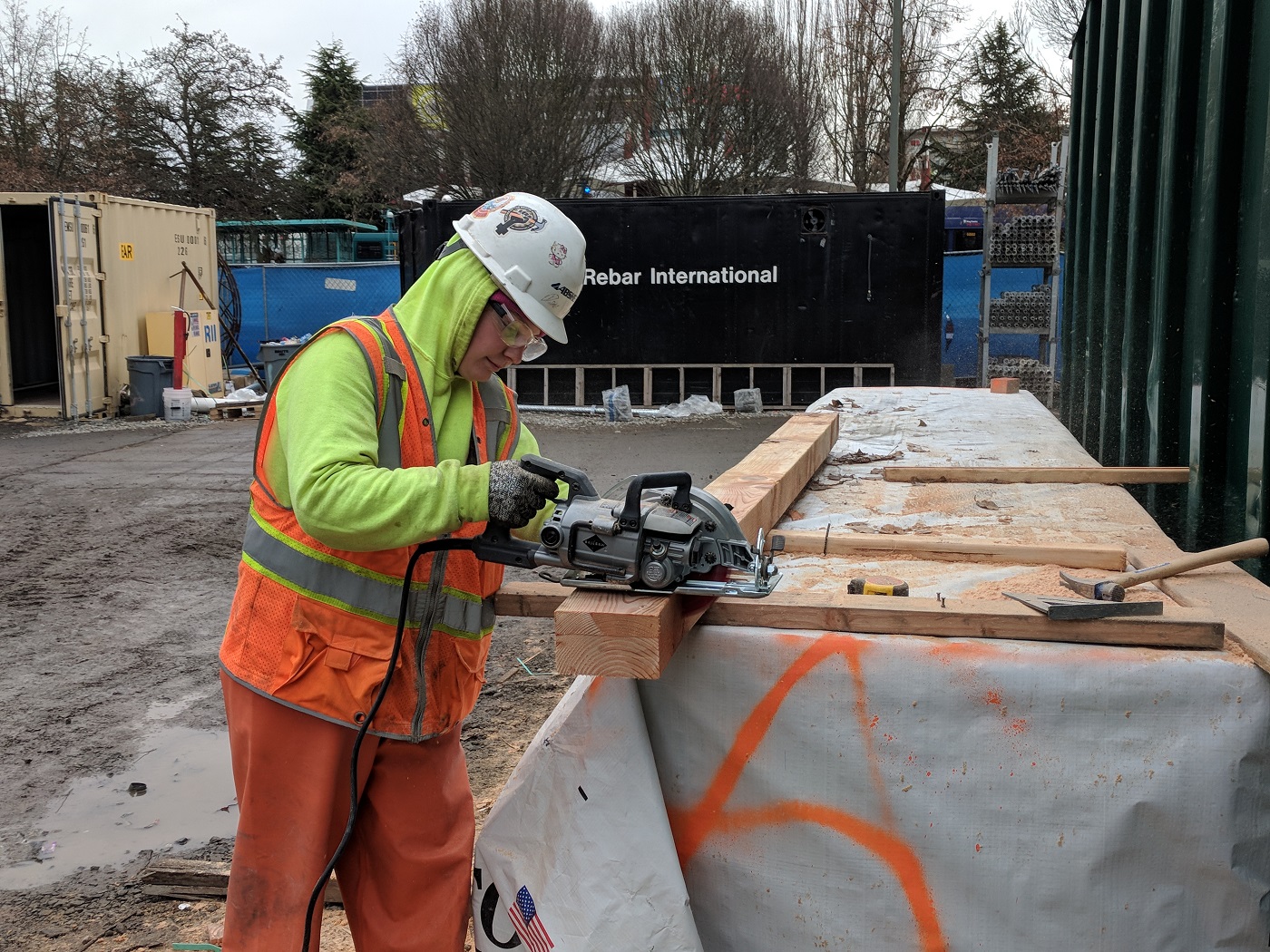 Carpenter's Apprentice Paige Pamplin, 23, works at the Northgate Station site as part of the crew from Carpenters Local 30.

Concractors got to work across all 14 miles of the new East Link light rail extension connecting Seattle with Mercer Island, Bellevue, Overlake and Redmond in 2017, including starting the complex work to prepare the I-90 floating bridge center lanes for light rail.

In October Popular Science Magazine named the the technology behind running trains across a floating bridge as one of the most important engineering innovations of 2017! Check out the quick video explaining how we'll retrofit the bridge for light rail trains to run in 2023.

Some of the most dramatic East Link construction happened underneath downtown Bellevue as miners dug more than half of the new 2,000' light rail tunnel. There is still a lot of work to happen underground, but you have to dig the hole before you can pour the concrete. 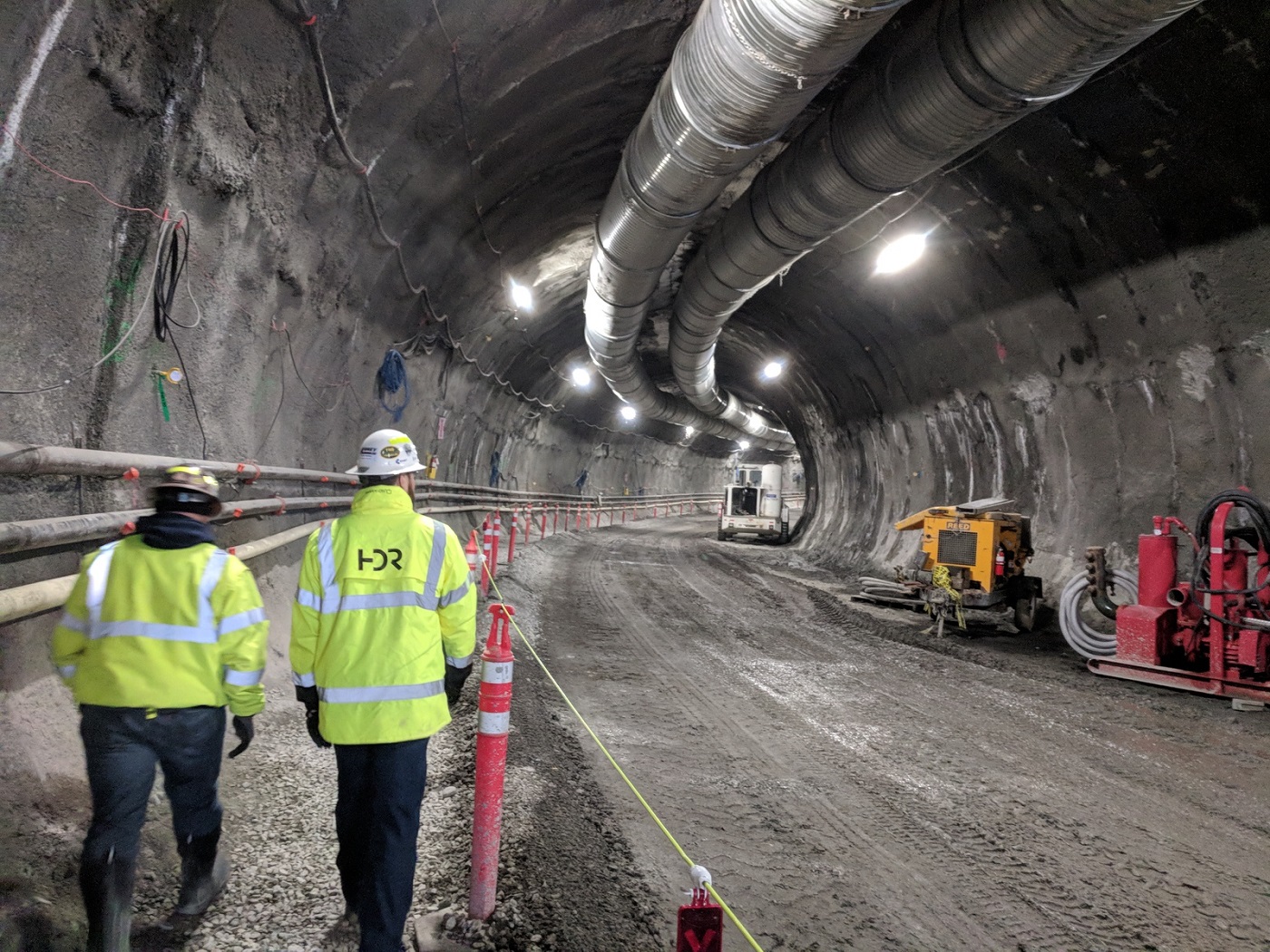 Here's a great time-lapse video showing how the tunnel is being mined with specialized methods for tunnels of this size.

It is incredible work to see up close and makes a person appreciate a nice warm office in December. 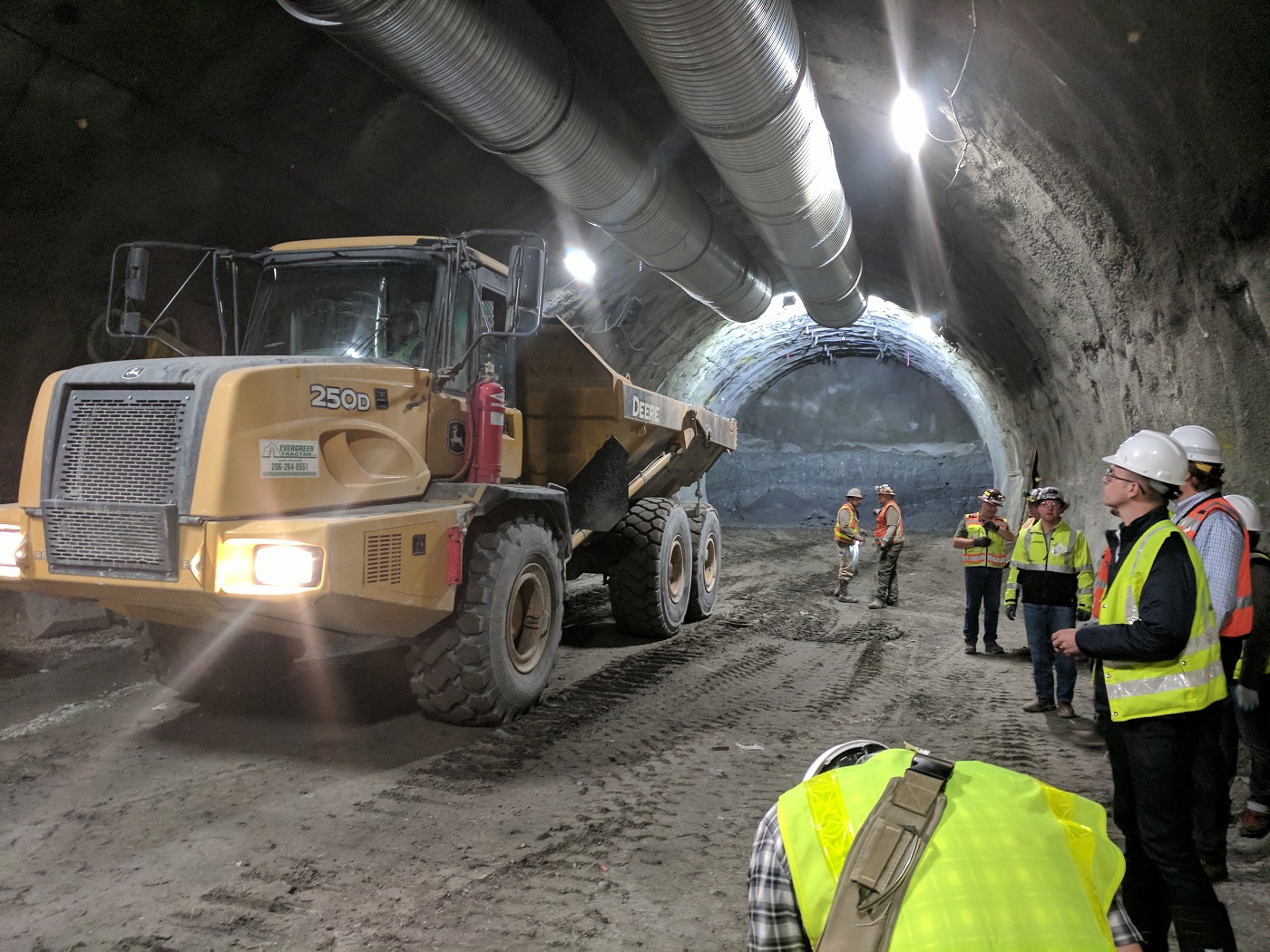 Thank you to everyone who had hand in building these new light rail lines in 2017. We hope the generations who will use them over the coming decades remember the people who built them by hand.

If you enjoy reading stories like this, subscribe to receive updates every time we publish a new one.

Categories
Behind the scenes
Construction tech
Project updates
Share this