Looking for the latest news on projects that impact you? You've come to the right place.
East Link Extension

As progress continues on the station's head houses, steel will begin to be erected on the 80th Avenue head house. To do so, both the east- and westbound Island Crest Way HOV ramps are planned to close daily during off-peak hours, 9 a.m. to 3 p.m., through July 13. Drivers can use the West Mercer Way and 76th Avenue Southeast westbound on-ramps and the West Mercer Way and 77th Avenue eastbound off-ramps during these closures.

Closures are planned to occur daily but may happen sporadically. Drivers should pay attention to signage and overhead reader boards for more information. 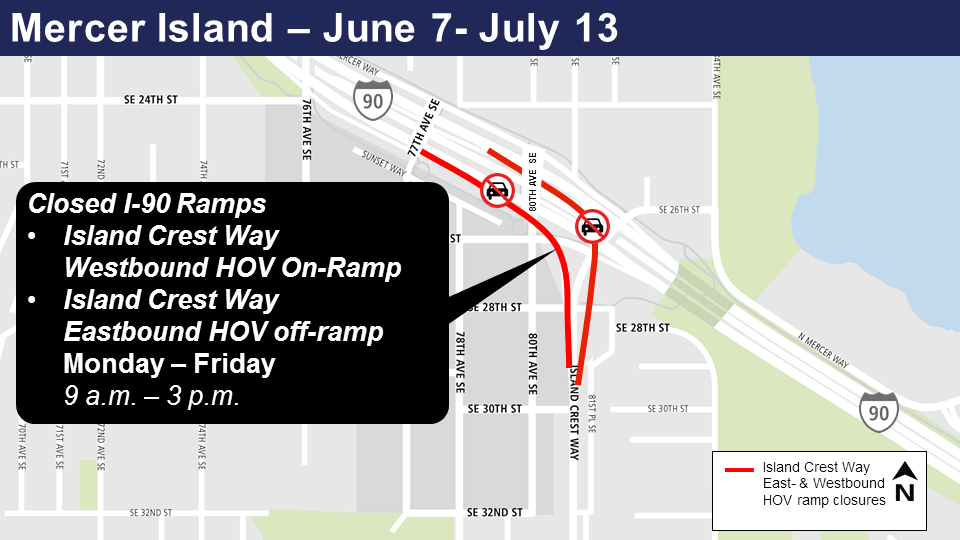 The 80th Avenue westbound HOV off-ramp is planned to be closed Thursday, July 6 and Monday, July 16, from 10 a.m. until 2 p.m. Crews will use this time to upgrade the communication fiber for WSDOT's Intelligent Transportation System (ITS). Sound Transit Express and King County Metro buses will be rerouted and will continue to serve the Mercer Island Park-and-Ride. 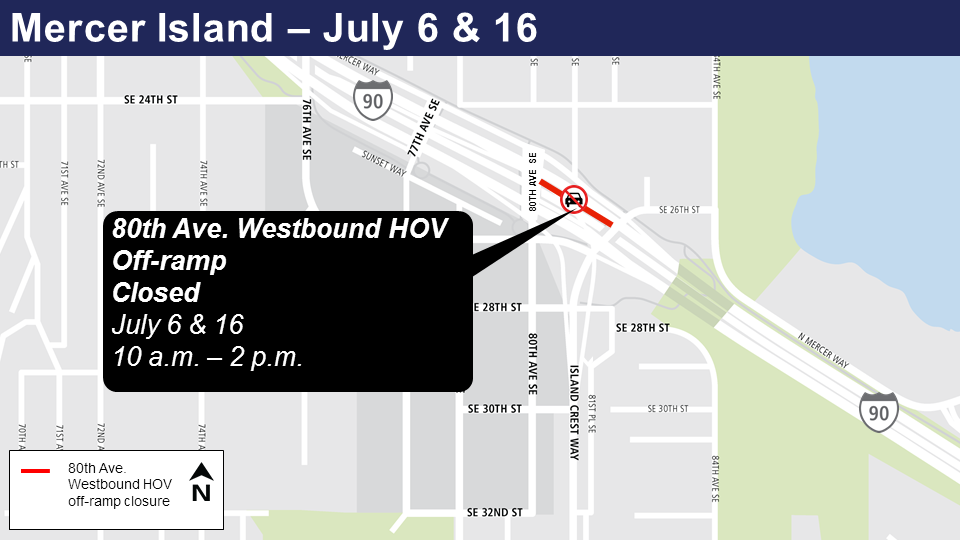 There will be no ramp or lane closures during the Independence Day holiday, from 12 p.m. Tuesday, July 3 until 12 p.m. Thursday, July 5. Planned closures of the East and Westbound Island Crest Way HOV on- and off-ramps will resume on Thursday, July 5.