Looking for the latest news on projects that impact you? You've come to the right place.
East Link Extension

Plan ahead – New I-90 HOV lanes to open, express lanes to close

During the weekend of June 3, WSDOT and Sound Transit are scheduled to open a new HOV lane in each direction on Interstate 90 between Mercer Island and Seattle and permanently close the center roadway express lanes. This will allow Sound Transit to start construction of the 14—mile East Link light rail extension from Seattle to Redmond. 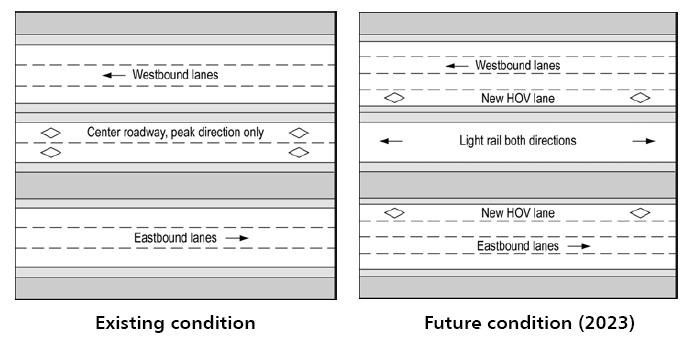 This is a change for I-90 commuters and everyone that uses I-90 across Lake Washington and it will take time for people to adjust to new habits and traffic patterns. It could take months for traffic to settle into its new routine. There will be three general purpose lanes for single occupant vehicles traveling on I-90 and an HOV lane in each direction. More information can be found here.

Here's what to expect:

Carpools and vanpools traveling between Mercer Island and Seattle