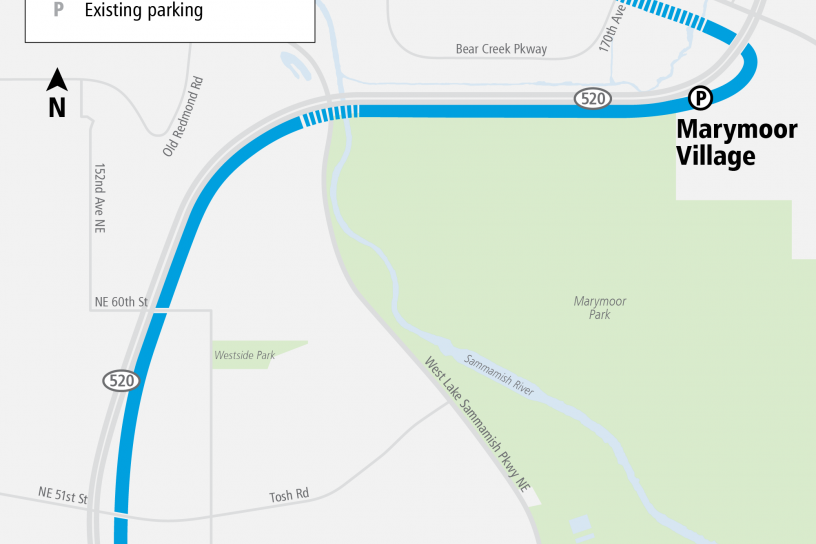 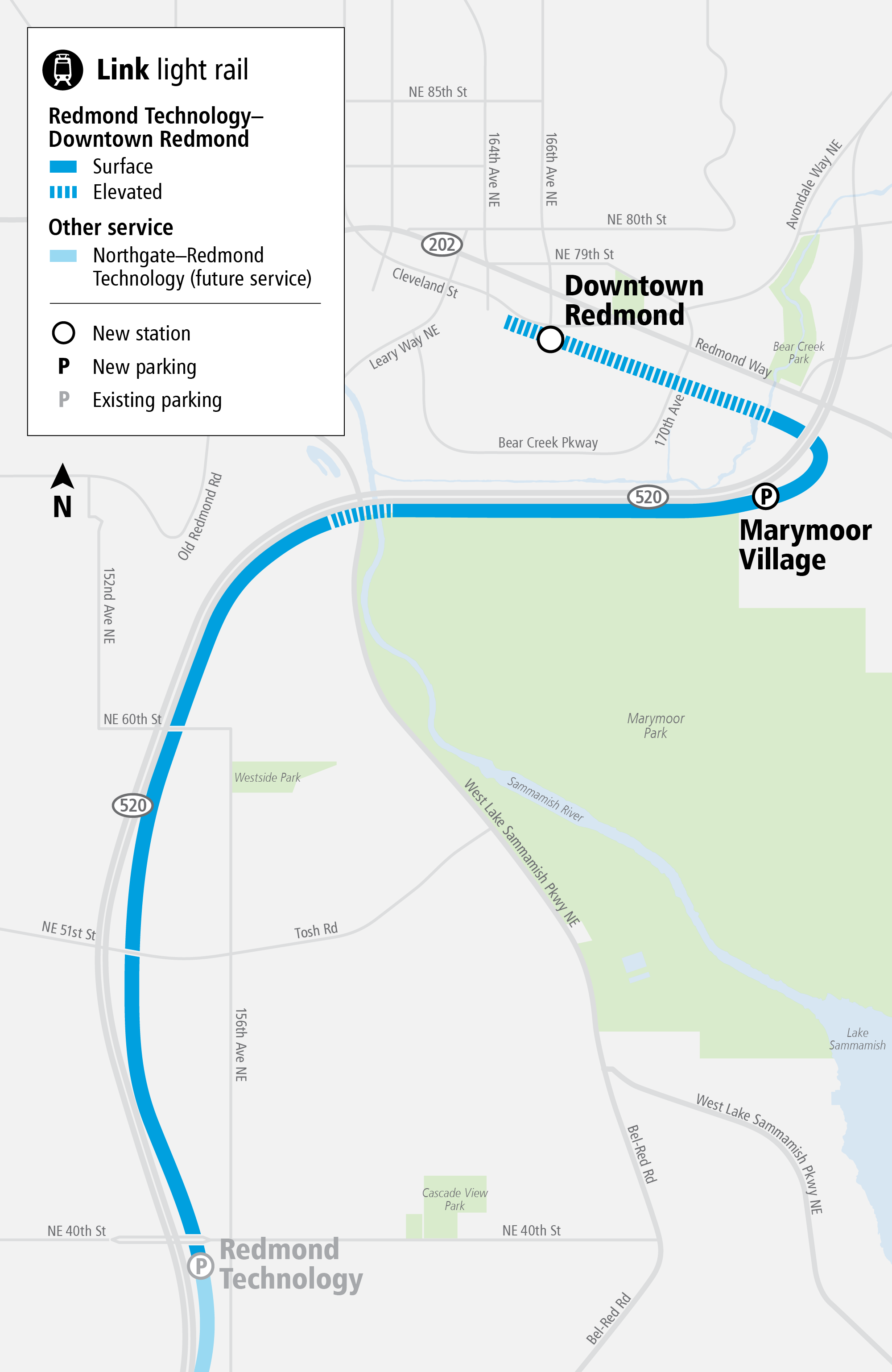 The Downtown Redmond Link Extension adds two new light rail stations in 2024* in southeast Redmond, serving Marymoor Village near Marymoor Park, and in the downtown residential and retail core. These two stations open a year after completion of East Link to Redmond Technology Station, opening in 2023*.

*December 8, 2022: An update on Link projects in construction

Downtown station entrances will be located on both sides of 166th Avenue NE.

The future downtown Redmond station’s platform will be elevated over 166th Avenue NE alongside the Central Connector Trail.

Join the conversation around how bus service will change as East Link and Downtown Redmond Link Extension open.